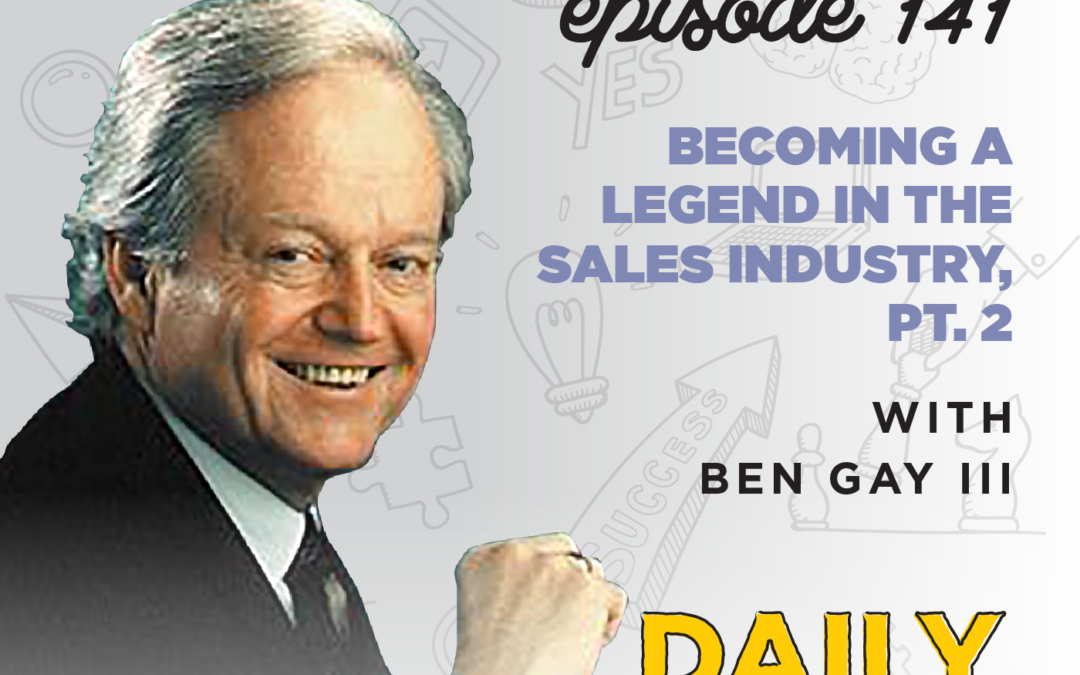 Today our expert guest is Ben Gay III. He has been called a living legend in the sales world. After 50+ years in professional selling, he has been the #1 salesperson in every organization in which he’s worked. At the age of 25, he was the president of what was then the largest direct sales and network marketing company, having personally been trained by other sales legends such as J. Douglas Edwards, Dr. Napoleon Hill, Earl Nightingale, William Penn Patrick, Zig Ziglar, and many other sales giants.

Ben has been the king of sales for decades, and he has seen the impact of technology coming into your world and change everything. Given all of the noise that’s out there, it is more difficult than ever to capture someone’s attention.

Nothing has changed in selling as far as the fundamentals. The technology we have today allows us to continue doing the same things that have always worked, but faster. People will always want to know how your product or service will benefit them personally, and that is still the same. We simply have the technology to get that message out in front of more people.

Ben Gay is launching a new platform called “The Last Protege.” Dr. Hill had an enormous impact on Ben in the two and a half years they worked together before he tragically passed away. At a seminar Ben was at, he was connected with a man, Mark Harris, who was living encyclopedia of information about Dr. Hill.

Dr. Hill had said, before he died, that his greatest mistake was not mentoring anyone. With Ben providing the personal aspects and Mark providing the technical aspects, they were able to document everything that Dr. Hill wrote and taught in language that you can understand today.

“People always asked what it was like to know all these legendary figures. They figured we all sat around in white bathrobes, cross-legged on the floor, saying profound things to each other. They were all just trying to sell their books or records back then, and trying to get more speaking engagements. They were just regular people trying to make a better living.”