144. Resiliency, Believing in Yourself, & Overcoming the Odds | with Oleg Lougheed 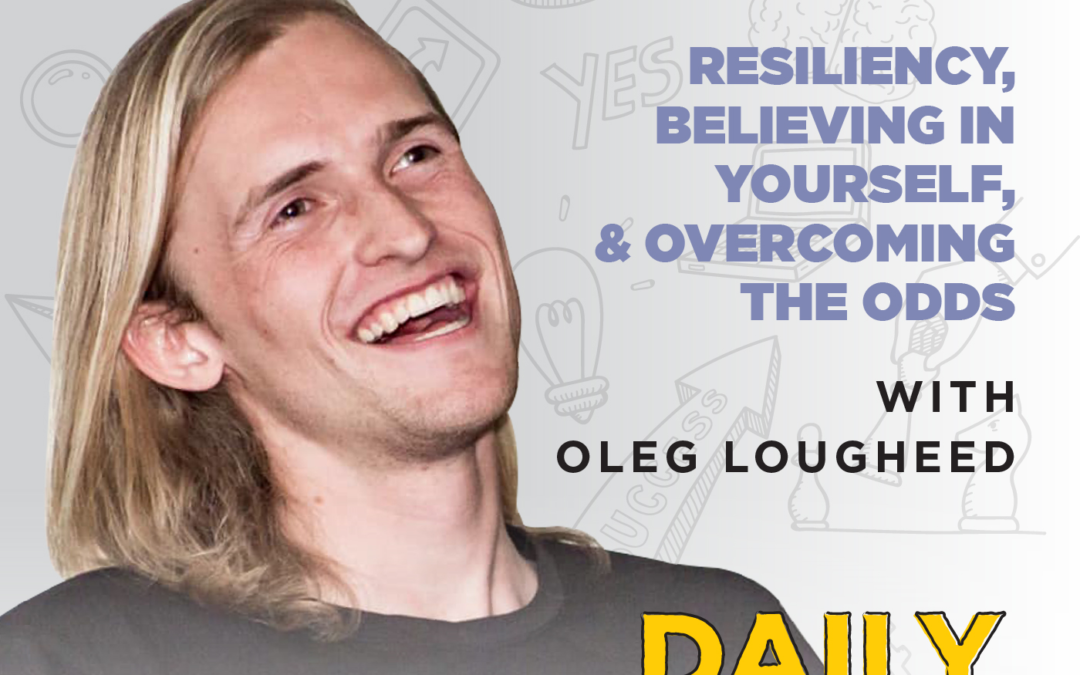 Today our expert guest is Oleg Lougheed, and he is a renowned TedX speaker. He is helping individuals overcome odds and restore a sense of community and belonging. He helps to provide a safe place to develop one’s individual voice and connect to others via their life’s circumstances. He’s doing that through his life-changing website, OvercomingOdds.today.

Oleg’s story starts in Russia, where he had a relatively normal upbringing for the first few years of his life, but when he was around the age of 4 his mother became an alcoholic and changed their family dynamic completely when his sister ended up becoming his legal guardian. At 9 years old, he found out what an orphanage was, and he believed that would be a better option than what he was currently facing. He took his sister before a city council and had her rights relinquished as his guardian.

He lived in the orphanage for 3 years, and it was a very different experience. He faced many instances of physical and mental abuse. When he was 12, he was finally able to be adopted, and he went to a family in Ann Arbor, Michigan, where the second phase of his life began. He moved to the United States without speaking the language, not knowing anything about that part of the world, but having the drive and determination to figure it out.

We all have resiliency inside of us to a degree, but some of us turn to alcohol and others will turn to a sense of belief. Everyone has the capacity to believe in themselves, but it’s one of those things that we underestimate.

Oleg made the decision to make his platform, Overcoming Odds, as part of a business accelerator program. A few weeks into the program he realized there was more to his story than he was tapping into. He asked himself why he was put through these various challenges and obstacles, and what lessons he was supposed to learn from each of them.

When he came to this point, he just sat down and wrote out his story. He put a very simple call to action at the end: “If my message speaks to you, please join me in sharing your story.” Within 3 days, he had received over a hundred messages from people all over the world asking where they could share their stories. He needed to create a space for foster children and adoptees to share their experiences, not just the highlights but all of them. Other people began reaching out — immigrants, refugees, LGBTQ people — and he knew this had to be a platform for people to understand other people.

Overcoming Odds has become much more than just a space to share stories, and has extended to all of the other platforms that impacted Oleg’s life: Podcasts, events, and weekly calls. Everything boils down to the connection that Oleg has with himself and with other people.

“I was struggling with a math problem, and I asked my dad for help. What I really wanted was him to solve it for me. What he said was, ‘Son, I won’t solve it for you, but we can solve it together.’ During that time, he said ‘Never say you can’t do something in life. There’s always a way. It may not be the way you envision, but there is always a way.’ 14 years later I look back on that moment and choose to live by that principle every day.”