145. The Leadership of You | with Sabina Nawaz 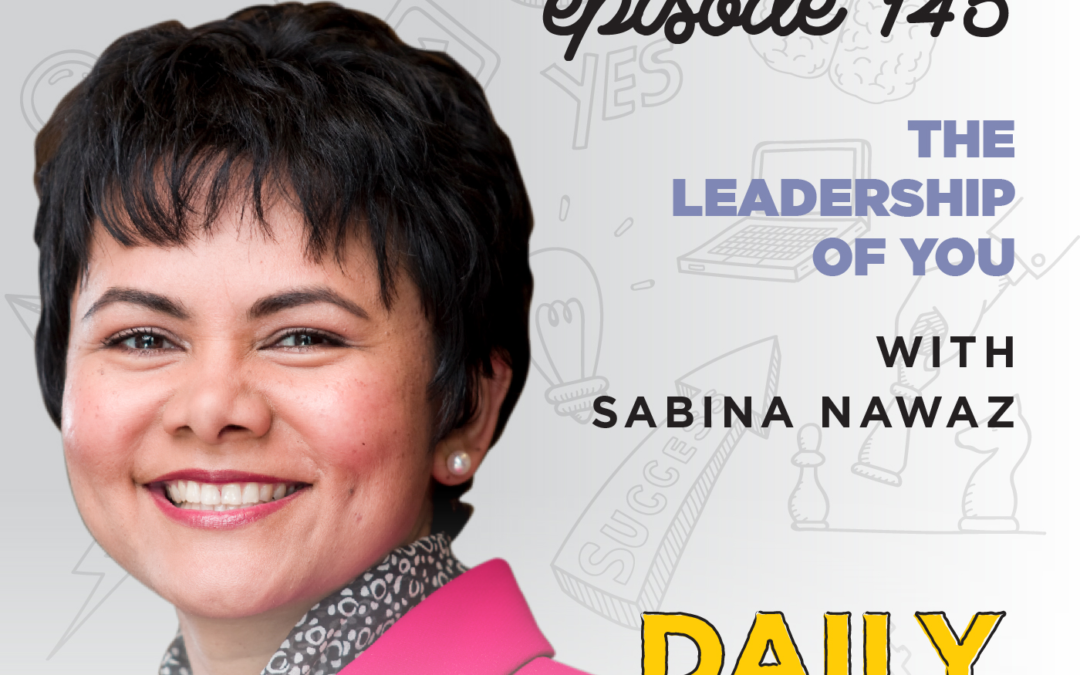 Today our expert guest is Sabina Nawaz, a global CEO coach, leadership keynote speaker, and writer working in over 26 countries. She advises C-level executives in Fortune 500 corporations, government agencies, nonprofits, and academic institutions. Sabina also teaches faculty at Northeastern University and facilitates the faculty fellowship development program at Drexel University as well. Previously, she spent over 14 years at Microsoft where she led the companies executive development and succession planning efforts for over 11,000 managers and 700 executives.

In addition, Sabina has spoken at hundreds of seminars, events, and conferences including TEDx. Currently, she sits on the board of Power & Systems, a leadership development institute. Sabina believes the greatest privilege of working with leaders is bearing witness to their acts of courage.

Nine years into her career at Microsoft, Sabina was offered an 8-week sabbatical. She left five of those weeks completely unscheduled, and what happened is that she had several insights and realizations — one of which being that it was not a matter of if, but when, she could become a corporate vice president at the company — and once she saw the path to getting there, she became completely disinterested in getting there.

This forced her to step back and examine: What was she supposed to be doing? What was it that she got joy out of doing? What did other people enjoy about her?

She had received a lot of feedback from people that she was the best manager they had ever had, and she realized she had good people skills, so maybe she should put that to use. She discovered there was a group at Microsoft that invested in developing employees, and she went to them and told them that she wanted to make a change in her career. She did this for six years at Microsoft before moving on to run her own business.

Leadership is about how you take charge of your life and the impact of your life on the world. This can be broken down into a few parts:

Leadership is about taking charge of your life, whether you are the leader of others or not. It is your responsibility to move forward.

“When you look at the leadership of you, realize the danger of a single story. Most often when we get stuck we make up a story and we consider that story the truth, and the more righteous we are, the more stuck we feel, the more we need to break down that story and create multiple stories. As human beings, we are meaning-making machines. Indulge in that. Make up multiple versions of the stories.”