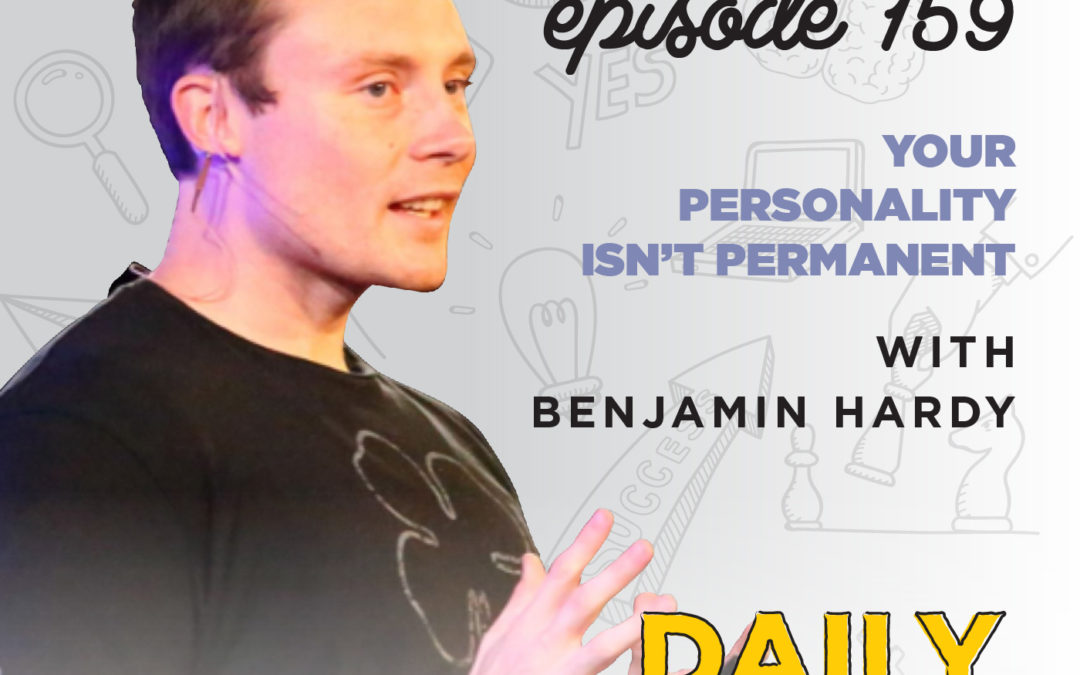 Today our expert guest is Benjamin Hardy, an organizational psychologist, successful entrepreneur, and the best-selling author of “Willpower Doesn’t Work”. He’s known for helping people break free from the shackles of what they perceive to be a permanent personality, a mindset shift that can completely transform the way you view your world and your potential.

Benjamin grew up in a traumatic situation: His parents divorced when he was 11 years old and his father became a drug addict from that age on. Benjamin went on a church mission for two years and saw an extreme change within himself, and he later saw his father overcome addiction. He started studying psychology and realized he was interested in human change because he had witnessed so much.

With so much addiction in his life, Benjamin wrote the book “Willpower Doesn’t Work” to illustrate that, no matter how much willpower you have, you won’t make room for any change unless you change your environment. It’s about engineering situations and focusing on the context instead of the individual.

Benjamin’s latest book, “Personality Isn’t Permanent,” came from the idea that unresolved trauma is typically a strong indicator of why someone would be in addiction. He learned that personality is often shaped by former trauma as well. The book is not about trauma, but what he learned was that trauma is capable of freezing your personality — you stop being able to develop as a person. He had studied change and he knew it was possible, so he wanted to find out how we could break free of our pasts.

The moment someone loses a sense of purpose in their future, the present becomes completely unmanageable. The goal for anyone struggling with their past is that they have to find a future that gives them a sense of purpose so they can begin to reshape themselves. There are four “personality levers” that drive personality more than anything:

There are ways that we can impact all of these levers in order to affect our personality. The work isn’t going to be easy; we have been trained to attach ourselves strongly to our personality. But if you want to change and you believe your future self can be a different person, it’s absolutely necessary to steer the direction you move forward in.

“The reason people get stuck in patterns is because of a lack of emotional flexibility. If you have suppressed pain from the past, you need to talk about it with people in your life or journal about it. The same is true of your future self. You need to put yourself in situations of uncertainty where you can start to handle situations of the unknown. It does take courage, but courage is the thing that starts shifting the subconscious in the right direction.”