200. Lessons Learned from My Father, with Dr. Richard Shuster 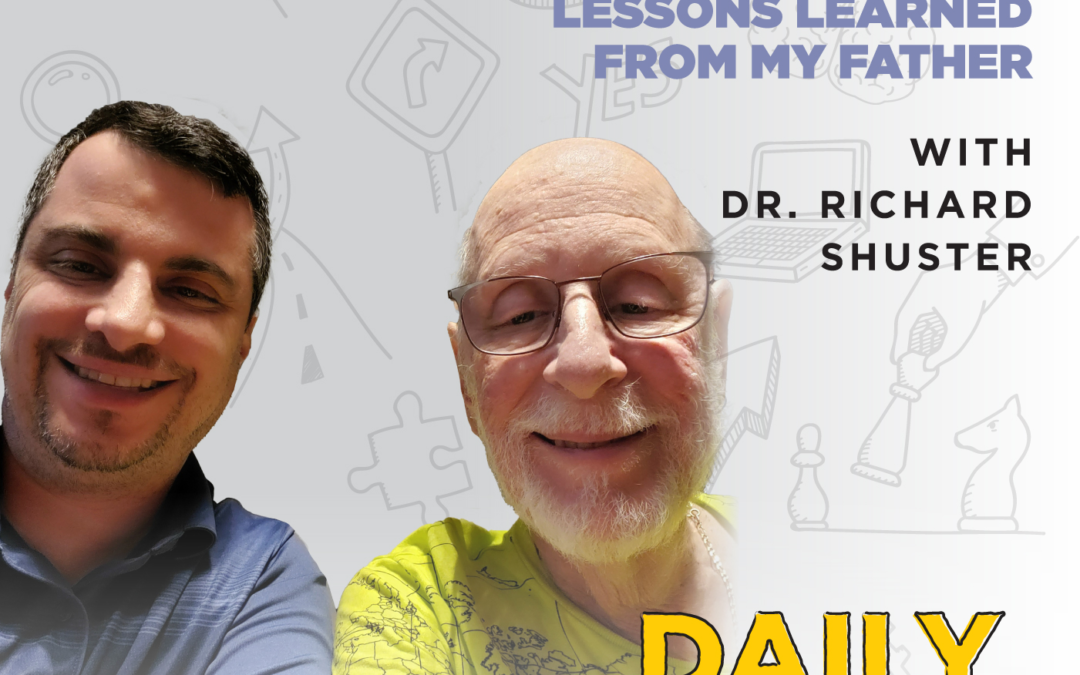 Today, J.V. Crum of Conscious Millionaire is turning the mic around on Dr. Richard Shuster, to celebrate 200 episodes of The Daily Helping.

Just one month ago, Richard’s father, Dr. Allen Shuster, passed away. Nobody taught him more about being a husband, a parent, an entrepreneur, and an all-around human being than Allen. He always put his family first, was generous both with his time and money, and stood up for what he believed in.

Allen taught Dr. Richard to show up every day doing something you genuinely love, a lesson that would impact his every decision as an entrepreneur. His father was old school, which also meant that he had a pretty clear path for success: go to school, get a degree, open a practice, see patients, and make a living. That made sense to him; but when Dr. Richard approached him about leaving the world of psychology to make a podcast — a term he’d never even heard of — Allen supported him fully.

There are three things that Dr. Richard took from his father that will inform the rest of his life:

The biggest lesson here is this: Think of someone that you want to express your heart and soul to, and do it; because you never know what’s going to happen, and you don’t want to leave this world with regrets.

“Don’t take for granted that tomorrow is just going to come because you never know. I would urge everyone to, whether it’s their spouse or their mother, father, sibling, whoever it is, a mentor in their lives who meant a lot to you — call them today and, not only tell them how much they mean to you, but why. Because there’s just no guarantee that you’re going to get a chance to do that.”