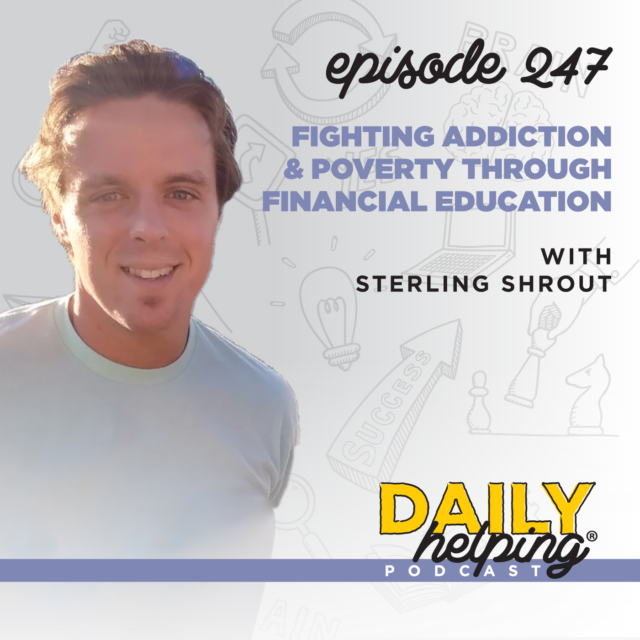 Today, we are once again live on location in Park City, Utah at the GoBundance event with our expert guest, Sterling Shrout. He’s a father of two, avid adventurer, small business owner, and real estate investor.

Sterling’s upbringing was not an easy one. Growing up in extreme poverty, he was selling drugs at the age of 15 and was placed in the criminal justice system, alternating between jail and probation. At 18 he had his door kicked in by the Ace Combined Task Force for trafficking drugs, possession of dynamite, and running a drug ring. He ended up spending three years in prison.

Getting released right before his 23rd birthday, Sterling had the odds stacked against him. He was a felon, he didn’t have a degree and hadn’t developed any skills beyond selling drugs. He tried to reenter society responsibly but he couldn’t find any work and ended up back in the same circles he was before.

He spent a few years homeless, committing petty crimes just to get by, until he ended up in Florida at The Salvation Army for rehab. It was there that he was first exposed to the idea that things could get better.

It was still a few years until things really started to turn around. After the birth of his child and a subsequent relapse and overdose, things started to click. He began doing odd jobs, miscellaneous labor, and started saving up some money. Eventually, he stumbled upon podcasts that introduced him to the concepts of entrepreneurship.

All the work he’s done on the personal side of his life has led to the nonprofit organization that he now works with, 1Life Fully Lived, which helps people plan visions for their futures to get out of poverty. They taught him to set a vision for what his life would look like at 100-years old, and that was the first time he started to care about his future self.

If you want to do this exercise at home, find a quiet spot, close your eyes, and picture yourself at one hundred years old…

Put yourself in that situation and allow yourself to really feel it. The more vivid you can make this picture in your mind, the better the technique will work. With this, you can actually begin to care for and think about how you will become that future self.

“Let yourself dream big. Don’t keep yourself boxed into some small, you know… I only deserve this. Or, that’s too much. Set your goals high. Aim high, and really go after whatever you’re passionate about.”