249. Create a Roadmap for Your Life with Carolyn Colleen 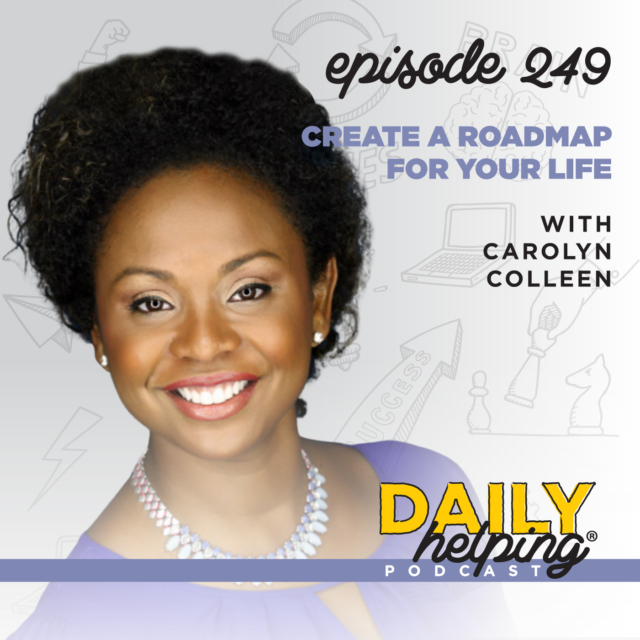 Today we are live from Park City, Utah at the GoBundance event with our expert guest, Carolyn Colleen. She is a fierce mother of three children, author, international speaker, entrepreneur, and business strategist focused on helping others achieve their goals.

She’s the founder of Fierce Academy, an online program that helps women create life strategies that enable them to have the life they dream of without sacrificing their families, careers, or lifestyles. She’s the owner of Acton Midwest private schools where the philosophy is clear thinking leads to good decisions, good decisions lead to the right habits, the right habits lead to character, and character becomes destiny.

Carolyn faced unbelievable hardships as a child. Living with a mother who struggled with untreated mental illness and being subject to sexual abuse repeatedly from both men and women. The stress of it all caused her to attempt to take her own life at the age of 16. Seeing how angry her little sister was when she came back from the hospital, she knew that she was meant for something more.

Through her trauma, she ended up seeking out abusive relationships. It wasn’t until she was rocking her two-month-old daughter to sleep that she asked the universe for a sign. She knew her daughter deserved a better life, and through creating that better life Carolyn learned to love herself as well. It was through that journey that led to the world of 1Life Fully Lived, where she eventually became the executive director.

1Life Fully Lived gives people the tools to create a roadmap for their life. It was through their help that Carolyn was able to carve a new life for herself. As she strived to make the best life for her children, she discovered Acton Academy. There wasn’t a school near her, so instead of moving to Texas to join one she applied to open a school of her own – and she was accepted.

“Other people see things in us that we might not see. Sometimes you have to borrow the light that another person sees in you until your light ignites – leaning into that light so that you can be exactly what you deserve.”