259. Giving Hope to Those Who Serve & Protect Us with Robin Kelleher 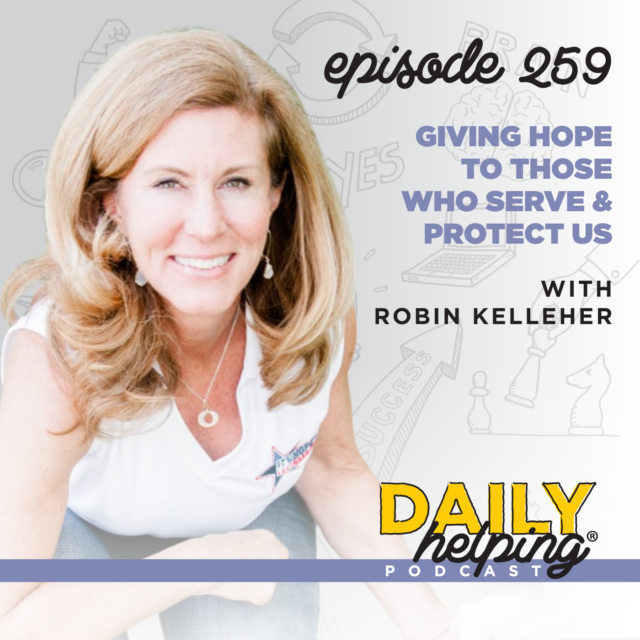 Robin Kelleher is the President and CEO of Hope For The Warriors, an organization she co-founded in 2006 as a grassroots organization that has now grown to national heights, having raised over $53 million for impacting the wounded and fallen military members, their families, and their communities. She’s responsible for developing and implementing the strategic direction of the organization, providing budgetary and mission-focused guidance to their growing staff.

Robin’s husband is a member of the military, and as a family they moved to a military community in 2002. The next year, her husband’s best friend was severely wounded. Through that, Robin realized that the wounds extend beyond just the service member—the whole family unit and even the community is damaged.

The trauma that military members and veterans face is hard to fathom, but the effects are far-reaching. Hope for the Warriors finds creative solutions to bring resources together and help solve problems. They don’t believe in “no.” When tornados ravaged communities in Kentucky, Hope for the Warriors collaborated with a group of partners from local grocery chains to Frito-Lay to truck company Forward Air, the armed forces, and the YMCA, all to address food insecurity in those areas hit the hardest.

Hope for the Warriors is primarily donation driven, and they are a great investment. All money donated goes directly to the people who are being impacted.

The Daily Helping is produced and published by Crate Media.