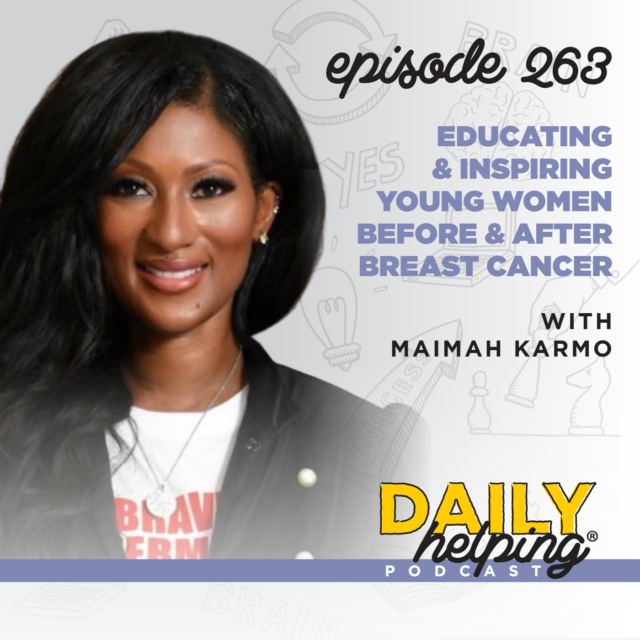 Maimah Karmo is the founder and CEO of The Tigerlily Foundation and a fifteen-year survivor of breast cancer. She’s appeared in major media including USA Today, US News, Cosmopolitan, CBS, The Oprah Winfrey Show, and so much more. She’s a sought-after speaker by the media and for policy events and a prominent philanthropist. Under her leadership, the Tigerlily Foundation has launched national and global health initiatives focused on ending disparities through the #inclusion pledge, participating with global stakeholders with a call to action to recognize health disparities as a social justice issue, and working to end disparities for Black women in our lifetime. She’s a global health advocate dedicated to justice and equity for all.

Maimah was born and raised in Liberia, West Africa until she was fifteen years old, and in that time she experienced three wars. Each time they escaped, and many times they returned—in large part because Maimah’s parents believed in philanthropy and helping those who did not have the privilege to escape themselves.

After escaping to America and starting a new life, Maimah worked to build up her own dream life. Just as it felt like it was starting to come to fruition, she found a lump in her breast. After fighting to get it examined—all of the doctors said she was too young to have breast cancer—she was finally diagnosed and treated for cancer.

Women, people of color, and especially the intersection of those two are at a higher risk of being overlooked by the medical community. Most women are not taught to fight and to advocate for themselves the way Maimah was. That’s why she feels responsible for advocating for those who cannot do so themselves.

“I live by a lot of quotes, and there’s a quote by Dan Millman, it says ‘Love is a warrior’s sword, everywhere it cuts, it gives life, not death.’ And that’s something that I think, if you’re here, you’re a spirit in this body, in this vessel, for this time. What you’re here to do is to love yourself and honor and love life. And how do you do that? You honor your temple. Not just your body but your mind, your spirit. And when you’re given much and you’re able to breathe, then you have to give to others.”