270. Mentoring Others to LEAP to Their Highest Potential with Dr. Bill Dorfman 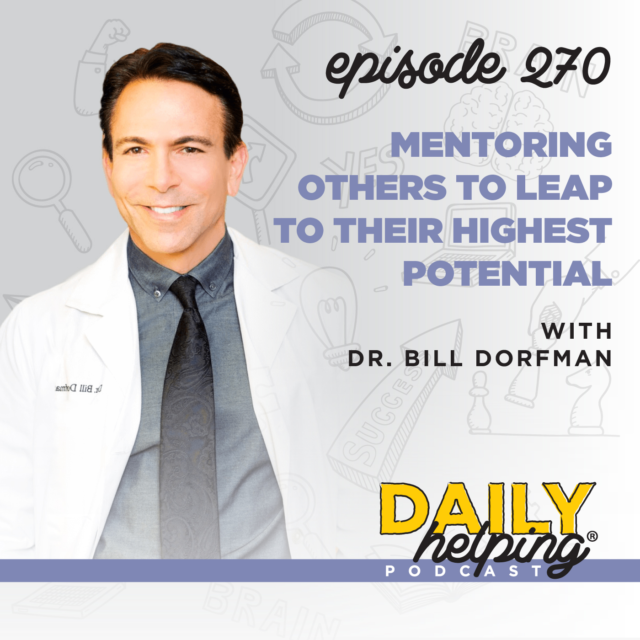 Dr. Bill Dorfman is a celebrity cosmetic dentist, which sounds odd, but he’s had an unparalleled career when it comes to the practice of dentistry. He’s transformed the smiles of celebrities such as Katy Perry, Usher, Anthony Hopkins, Fergie, Hugh Jackman, Mark Wahlberg, Eva Longoria, and more. He’s been featured regularly on Extreme Makeover and The Doctors, as well as appearing on Larry King, Oprah, Access Hollywood, E!, Extra, and Entertainment Tonight.

At three years old, a young Bill fell and knocked out all of his baby teeth. It was visiting their family dentist and learning what they had to do to fix him up that made him want to become a dentist. Most kids probably would’ve been traumatized by the whole event, but it left him fascinated and wanting to fix people the same way.

In addition to his dentistry practice and TV appearances, Dr. Dorfman does a number of things—including running the Leadership Excellence Accelerating Potential (LEAP) Foundation. The LEAP foundation is a foundation that focuses on guiding youth onto the right path in life, whether that be in academic, professional, or personal endeavors. In working with so many kids and mentors, Dr. Dorfman has learned two important lessons: One, that one of the best ways to find success is to look at what’s working for others and do it better. And two, that there’s no real “secret” to success that doesn’t involve working hard.

“I grew up with eight grandparents—that’s a whole different story. And one of my grandparents, my Grandma Dorthy, was the sweetest, sweetest thing. And I could never figure out what her religion was, cause we have a lot of them floating around. And so one day I just asked her, and she said ‘Dahling, it’s just three words: just be kind.’ And that’s it. If everybody in the world would just follow Grandma Dorthy’s religion, we would live in such a beautiful world.”