277. The Three Steps to Achieve Anything You Want with Joel Green 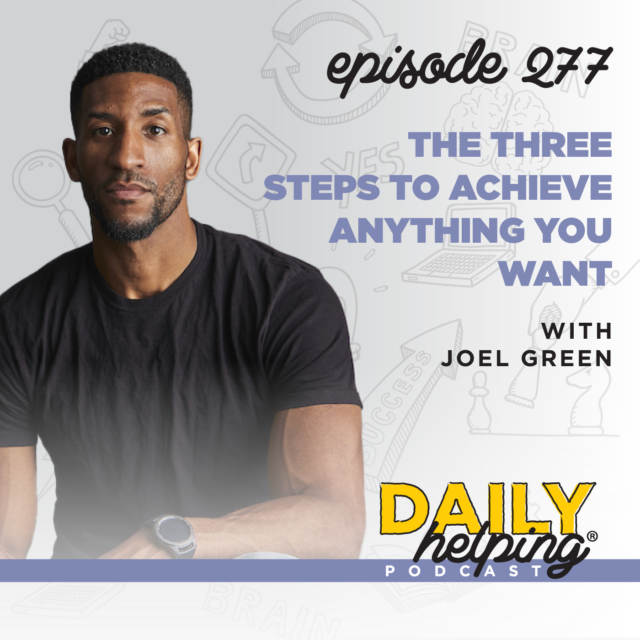 Joel Green is a former professional basketball player who, after retiring from his career, founded Pro Level Training, which grew into a seven-figure company. In addition, he’s the national director of Nike’s Sports Camps, an accomplished motivational speaker, and TEDx presenter.

Joel’s older brother put him on the path to basketball. He was already heading towards success, but he wasn’t as focused as he could have been. After the tragic and unexpected passing of his brother, Joel mademad a promise to take it all on himself and do as much as he could to be the best.

While Joel’s basketball career is impressive, it’s what he did after that defines him. He didn’t quit playing the game, like most athletes, because of an injury or because he was too old to keep up. Instead, he met a kid who would constantly ask him to work out with him. Joel kept declining, but he told the kid he could rebound for him. The kid was so appreciative, and Joel saw the impact this small gesture had on him, so he stepped away from the sport to get his business license.

Joel developed a concept calls “the three steps to achieve anything,” which he speaks on regularly:

In his new book “Filtering: The Way to Extract Strength from The Struggle,” he takes everything he has learned through his career and life to help people train their minds to deal with challenges, whether that’s loss, adversity, or striving for excellence.