287. Using the Power of Your Mind to Design Your Life with Tim Shurr 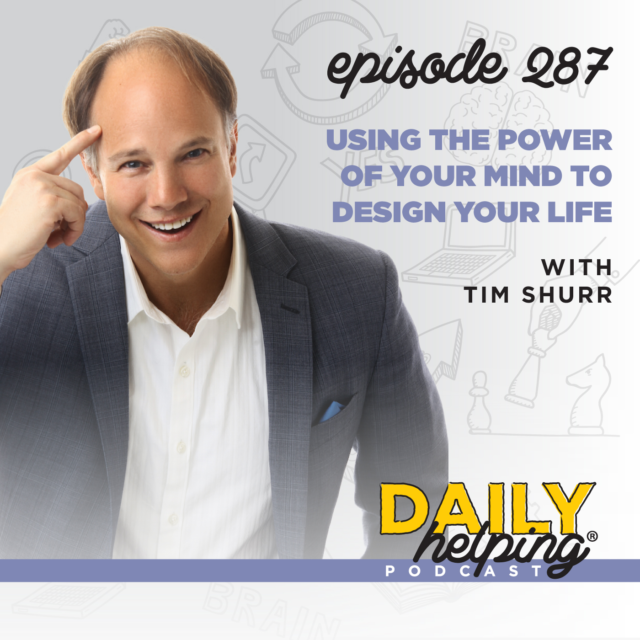 Tim Shurr is the world’s best unconscious beliefs specialist and the foremost expert in freeing people from anxiety, past trauma, PTSD, and bad habits. He’s the creator of the revolutionary One Belief Away method, developed through facilitating over fifteen thousand individual hypnosis sessions and hundreds of group training experiences over the past 35 years.

After his dad was involved in a devastating electrical accident leading him to have severe third-degree burns all over his body, Tim adopted a belief — unconsciously — that he was not safe in this world and that something could happen to him at any time. That shifted his behavior towards playing life on defense. It wasn’t until he discovered the power of psychology that he learned how to overcome those limiting beliefs, and now he helps others do the same.

We have all experienced trauma, whether it’s something big like being shot at, or something less severe like being rejected when asking someone out. Regardless, these experiences force us to find meaning, and sometimes the conclusions we come to aren’t helpful or true about the world we live in.

So how do we fix these beliefs? Tim’s One Belief Away method starts by finding a person’s deepest core belief and upgrading that — from a story of “I’m not enough” to “I’m more than enough.” Then you have to work on releasing toxic emotions: the kinds of emotions that you get stuck into a cycle of.

“You are already enough. You’re already good, you have nothing to prove. You’re already worthy of love, happiness, prosperity, and all of the love that you want. You’ve just got to decide that you are worthy of that. Because we think that the world decides that for us, and truly that’s not the case. We think we need it from our parents, we need it from other people in our life to tell us that we’re worthy and that we’re enough, and after taking thousands of people through this journey, the only one that has the real power to help you feel like you’re enough, that you’re worthy of whatever you want, is you. And you can decide that today, you don’t have to wait around for other people to do the right thing because often they’re so wounded they’re not gonna. So take your power back. You don’t have to wait for others to do the right thing, you do the right thing by giving yourself what you need, by loving yourself. And if it feels weird or uncomfortable or false, fake it till you become it, do it anyway, and find a way to upgrade those beliefs. And when you do that, your life will start to improve significantly.”