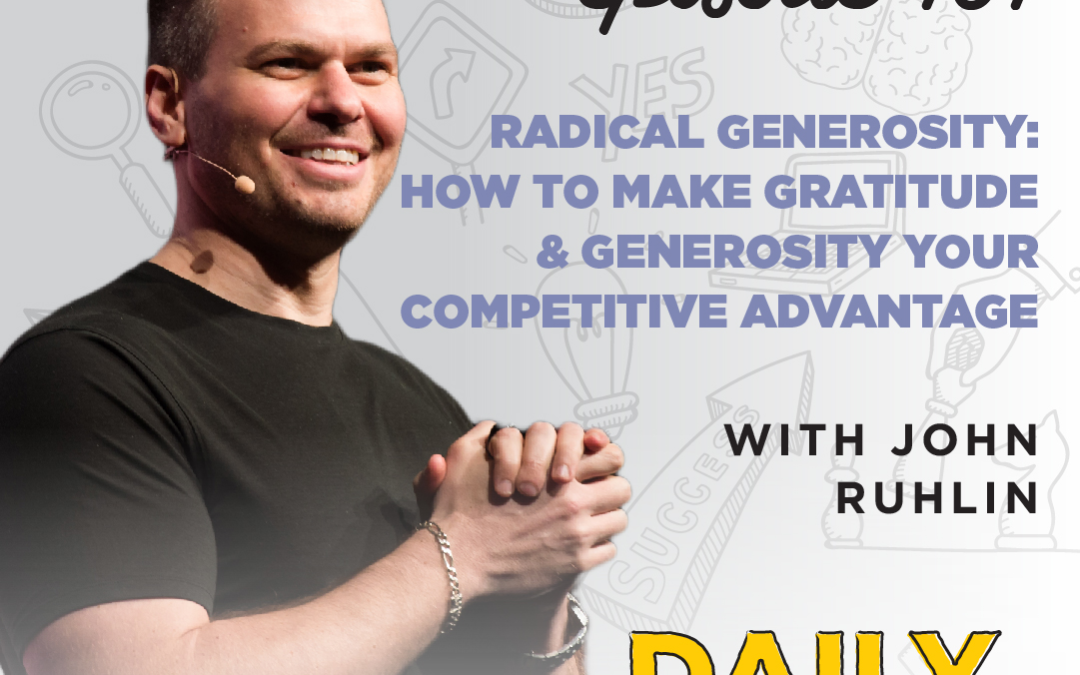 Today our expert guest is John Ruhlin, the world’s leading authority in maximizing customer loyalty through radical generosity, the founder of Giftology, and the author of Giftology: The Art and Science of Using Gifts to Cut Through the Noise, Increase Referrals, and Strengthen Retention.

John stumbled onto the idea that grew into Giftology while he was a salesman at Cutco. John asked his girlfriend’s dad to buy pocket knives that he could give away to clients who love hunting and fishing, but he didn’t want pocket knives – he wanted paring knives.

Why? John wondered, why would you give a kitchen tool to the CEO of a multi-million dollar company?

That’s when John received a piece of advice that would change his life: If you take care of the family, in business, everything else takes care of itself; that’s the key to referrals, access, deal flow, and retention.

As John started presenting this idea to others, he realized that no one was using gratitude, gifts, and generosity as their competitive advantage. So, after developing a system of using generosity to gain access to elite clients and generate thousands of referrals, John became the best seller in the history of Cutco, while he was still in college.

John and his firm now help automate this process for individuals and organizations like UBS, Raymond James, DR Horton, Keller Williams, the Chicago Cubs, and Caesar’s Palace, teaching how anyone can turn their clients into a personal sales force that drives exponential growth.

In an increasingly digital world, we crave human-to-human experiences, we crave being treated like an individual, “we crave realness!” As human beings, we all want to be known, acknowledged, and appreciated.

And, although there is a lot of lip service given to the idea that relationships are the most important thing, in business and in our personal lives, not a lot of people are actually walking that talk. “Everyone says relationships are their most valuable assets. Well, show me what you invest your money in and show me your calendar. That determines what you prioritize.”

So, take a look into your own calendar and look at where most of your money is going – are you acting like you put a premium on relationships?

Whether you’re already doing great or just realized you have some work to do, John has some great advice for scaling and improving your relationships through acknowledgements, appreciation, and personalization:

“You’ll never regret giving more than is reasonable… That’s where you separate yourself. When you do that, with whatever level you’re at, people notice.”

Of course, John also has a gift for all of you: a list of the 10 gifts you should avoid giving to clients!