Ep. 106: Bring About Meaningful Change Through Music | with Roger Nierenberg 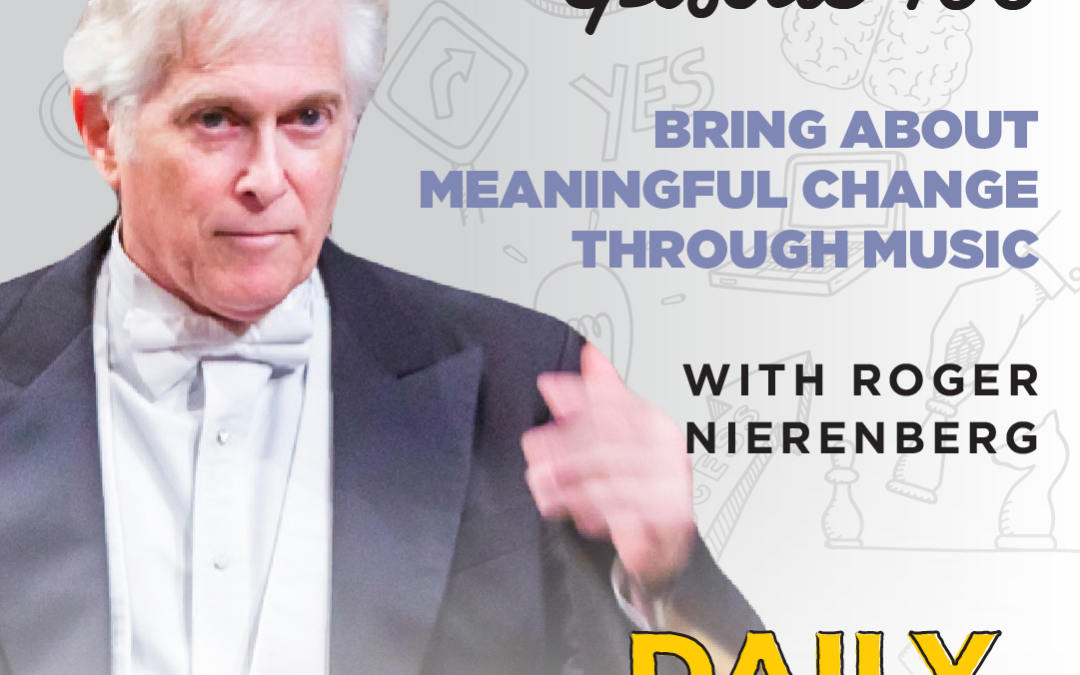 Today our expert guest is Conductor Roger Nierenberg, creator of The Music Paradigm. He has conducted for the London Philharmonic, The New Zealand Symphony, and the National Symphony, among countless others, and performed over 100 orchestras around the globe.

Roger developed the Music Paradigm after studying why American audiences weren’t receptive to classical music, and discovering that his experiments had applications for business. Over the years, Roger has presented to hundreds of organizations, from civic groups to Fortune 500 companies in over two dozen countries.

The Music Paradigm is a powerful learning experience that uses symphonic music to illustrate compelling insights about people at work. Participants are seated directly amongst the orchestra musicians where they gain fresh understandings about the opportunities and challenges faced by their own organizations.

At the age of 9, Roger heard something in the music and he knew that was what he wanted to devote his life to. He wanted to write music, so he studied composition in high school and college, but when it came time to pursue a career he realized it was conducting that he enjoyed the most.

At some point in the 90’s, Roger began to wonder why the American audience was so unsupportive of classical music. He studied the block that people have that keeps people from experiencing and being enriched by the music. So he started doing experiments, and they were incredibly successful. He realized this was something that could be very powerful for businesses as well.

Music unfolds very fast. In a minute of music, a lot happens, whereas in life not much happens. Because it is so compact, it is easier to connect the dots. The behaviors with the orchestra leads to results almost immediately.

Being put inside an orchestra makes them vulnerable from the very beginning, but in a good way. The environment is friendly and inviting, but by not being familiar with the setting, they are open to change and experience.

The goal of the Music Paradigm is to leave people feeling:

The way that orchestras interact to create moving music acts as a lens to view the behaviors of each person within an organization, and to instantly see the effects of those behaviors. And when people have this level of awareness, creating positive change is much simpler.

“Within what lies in front of us, on our desk, in the people we’re surrounded with in our lives, there lies a potential which we cannot see. It’s right in front of us, and yet we can’t see it because of the way we think of things. One of the greatest things that could happen is realizing you have the capability of making things better.”