Ep. 108: From Auto Mechanic to All-Star to Author | with Mark Eaton 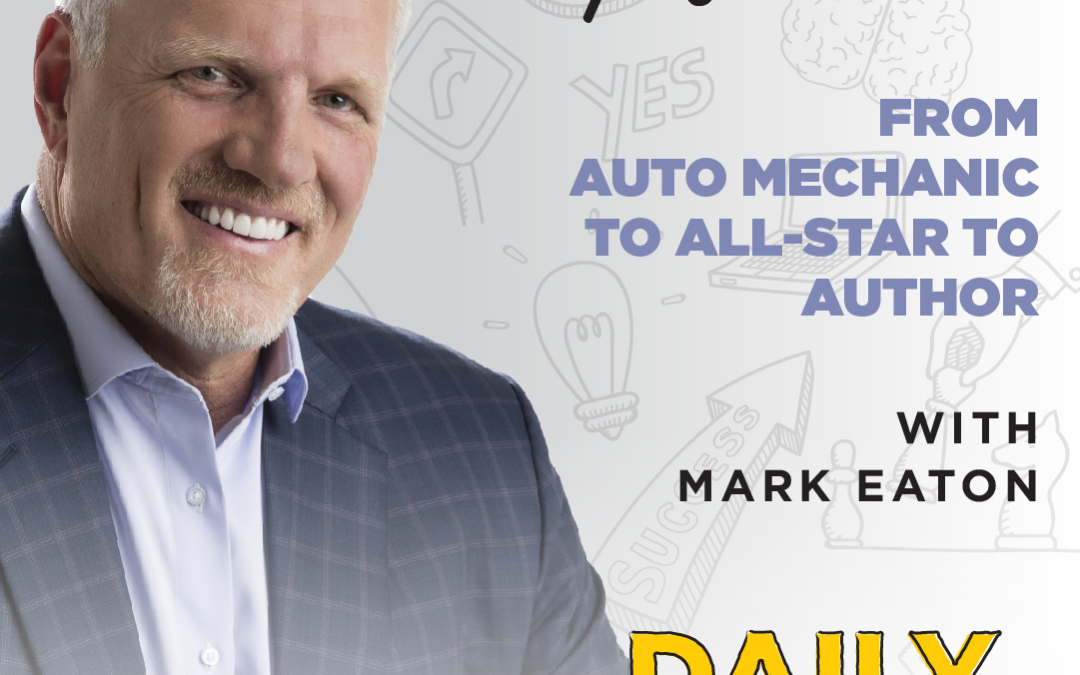 Today our expert guest is Mark Eaton, successful motivational speaker, entrepreneur, and best-selling author of The Four Commitments of a Winning Team, as well as a 7’4” NBA all-star who played for the Utah Jazz. He’s spoken to numerous world-class organizations including IBM, FedEx, Phillips 66, T-Mobile, and LG. He’s been featured in print and online publications such as Forbes.com, Sports Illustrated, and Entrepreneur.com.

Despite being tall, Mark didn’t expect to go anywhere with sports. He was at the end of the bench in high school and wasn’t playing very well, so at the age of 18 he decided to put it behind him. A friend of his was going to trade school in Arizona and convinced him to go with him.

Mark ended up working at a tire shop in California, and a college coach came in and started talking to him about playing basketball. After many visits, he convinced him to go out on the court with him and he taught him some techniques that were intriguing enough to get him to continue practicing and eventually go to junior college. Two years later he was being recruited by several schools, and he ended up at UCLA, where he sat on the bench for the better part of two years.

After junior year there, Mark was starting to consider transferring. He was going to the gym every morning, and in the afternoon he’d play some practice games. Everybody in LA that was a player showed up at this gym, Magic Johnson, Norm Nixon, and several players from the Lakers. He was struggling to keep up, the players were all so much faster than him. One day, he felt this big hand come down on his shoulder: it belonged to Wilt Chamberlain.

Wilt grabbed Mark and he told him, “your job is not to catch these smaller, faster players.” He took Mark out on the court, put him right in front of the basket, and told him that his job is to stop players from getting there. It was this short comment, but it was life changing.

That one conversation turned into a five year career in the NBA. It didn’t get any better his senior year, but his coach told him “we’re not planning for next year, we’re planning for 3-4 years down the road.” He gave Mark a game plan, and he focused on it.

Mark wasn’t drafted, but he started trying out for teams. He looked at all the worst teams in the NBA, and he knew they’d need the most help. With the Utah Jazz, they had just come off a horrible season, so he called them on the phone, sent in a tape, but it didn’t go anywhere right away. He paid his own way to play at some free agent try-out camps, some NBA scouts saw him, and got word back to the coach of the Utah Jazz who decided to give him a shot.

By February of that year, Mark was the starting center of the Utah Jazz.

After 12 years with the Jazz, Mark began to transition away from the NBA. It was a struggle to reinvent himself, as he wasn’t sure what he was going to do. He got involved in the restaurant business which was successful, and then did some broadcasting news programs, but hadn’t come across anything that really struck him.

People were always asking Mark to tell his crazy story of going from an auto mechanic to an all-star, and 10 years ago he started his motivational speaking career. Over a period of two years of speaking, he kept honing his speech to solve business problems. He started to think about what to do next, and with all of the ideas in his presentation he decided to put it in a book.

What are the Four Commitments of a Winning Team?:

Outside of his speaking career, Mark is also involved with Tribe of Kyngs, a group dedicated to helping men create better relationships with other men and working to abolish domestic abuse, and a Veteran’s group called Pay It Forward which takes veteran’s out on hunting trips. Up next, he’s working on a series of kids books based on the four commitments.

“Consider that your success is directly related to the success of people around you.”