Ep.109: Finding Your Why to Become a Conscious Millionaire | with JV Crum III 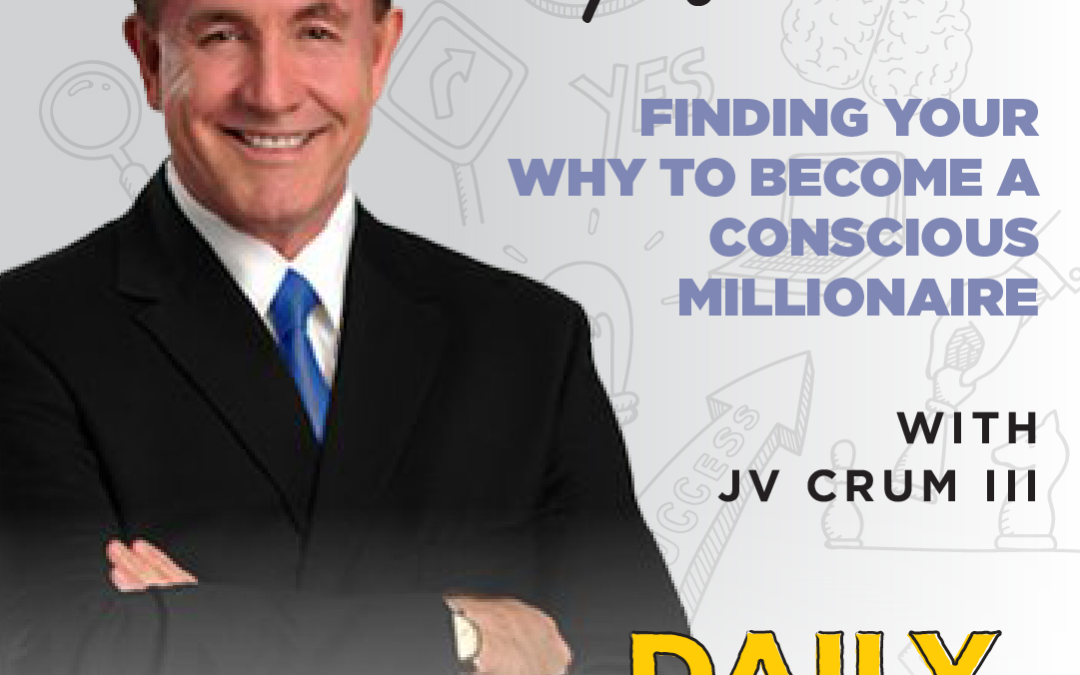 Today our expert guest is JV Crum III. He created his first million dollars at the age of 25, he hosts the Conscious Millionaire Podcast & Radio Network which was named by Inc. Magazine as one of the top 13 business shows. He’s a number-one best-selling author, speaker, and serial entrepreneur. He is a high performance business coach to entrepreneurs who want to scale to their first million, or double their 7-figure business. Conscious Millionaire provides accelerator masterminds to help entrepreneurs accelerate in just 30 days.

I’m sure to want to know more about that first million. At 5 years old, JV had already trained himself not to ask for candy bars at the store because his family couldn’t afford them. He decided the best way to be able to afford those candy bars was to grow up to become a millionaire. He believed it whole-heartedly believed in it. He was on track to go to medical school, but realized it just didn’t feel right so he decided against it. He ended up with a masters degree in clinical psychology.

His dad’s regional trucking line was on the verge of going bankrupt, and his dad had asked him to come home and work with him, so he decided to do so for 6 months. It was there that he realized he was tuned for business, only realizing the signs in his childhood in hindsight.

JV’s mission is to help a million entrepreneurs become conscious millionaires, financial millionaires who made their money by making a positive impact. He became aware of this purpose when, at 25 years old, he was looking out at the view from his new four-story home. There were palm trees blowing in the wind, people sailing out on the bay, and yet he had a breakdown. He realized he was very deeply miserable.

To solve his problem, JV started to focus on his purpose. The money didn’t make him miserable, it was his lack of direction and purpose that was. The money gave him options, so he started to focus on what he wanted to do with that money and what his goal was. Finding his why was the core of what became the Conscious Millionaire.

When working with a business and focusing in on the conscious millionaire philosophy, JV always ask them 3 why’s:

When you are aligned with your purpose, not only do you feel fulfillment, but your customers will want to spend money with you when you actually care.