Ep. 111: Making Education Affordable & Accessible For Everyone | with Grant Aldrich 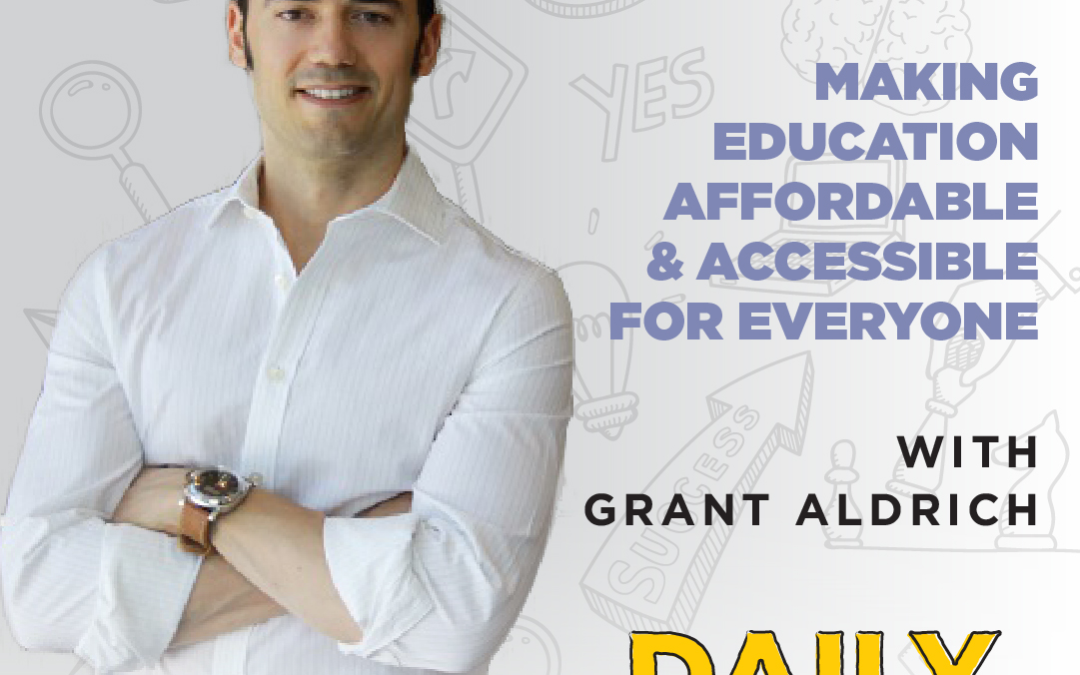 Today our expert guest is Grant Aldrich. He’s the founder of OnlineDegree.com. He has a purpose-driven mission to make higher education more accessible and affordable for everyone. He’s been a board member and a donor on a number of nonprofits and an advisor to many publicly-traded companies, a guest speaker at seminars and graduate school courses all over the country, and he’s graduated with honors from the University of California Irvine in Economics.

About 3 years ago, Grant almost drowned, which galvanized his mission today. Since that moment, he has taken a very distinct path. Before that, he had always wanted to be an entrepreneur. He started and exited two startup companies, and he had this idea that he was destined to go even bigger, to create an even bigger company.

While traveling with his family, he was swimming at the coast of northern California during a surf advisory and he got pulled into the currents and almost drowned. It wasn’t quite as cliche as having an epiphany immediately in that near-death moment, but staying in the hospital for a couple of days, plus the birth of his son shortly after, gave him the time for introspection.

Grant realized he had been living a very selfish life in hindsight. He thought all these things he had achieved with his startups were important, but that isn’t the person he is or what he really wanted. He was never interested in money, he pursued entrepreneurship for freedom, but he realized he had become a slave to his daily routine.

He began to transition his everyday life to make him happy, and he decided to get into education and tackle the problem of making college affordable to everyone.

Education was always very important Grant’s family, but his experience leaving school with student loan left him feeling let down by the whole system. All the work and time and money that it really costs. He talked with his wife about it and she talked about how it’s such a shame that stay at home moms find it so difficult to go back to school. Grant agreed, but he realized it applied to all working adults. The psychological and financial barriers that are preventing them from taking the first step, he knew that he could solve that problem.

Grant started OnlineDegree.com, where you can register for free, take as many courses as you like at institutions across the country, and there are instant tuition discounts that you can unlock towards your degree.

With OnlineDegree.com’s model, they have created a student-centric model where you can find the classes that are best for you, and you can take any classes from any university for whatever fits best.

“My favorite quote is “know thyself.” It was enscribed on the Temple of Apollo, which was the temple of wisdom. The belief was how could you obtain true wisdom or happiness if you didn’t know yourself, the one thing you should be able to know better than anything else? One you go through that exercise to really understand and know yourself, it becomes easy to be happy.”