Ep. 112: Turn Your Flaws Into Strengths & Failures Into Opportunities | with Sophie Morrison 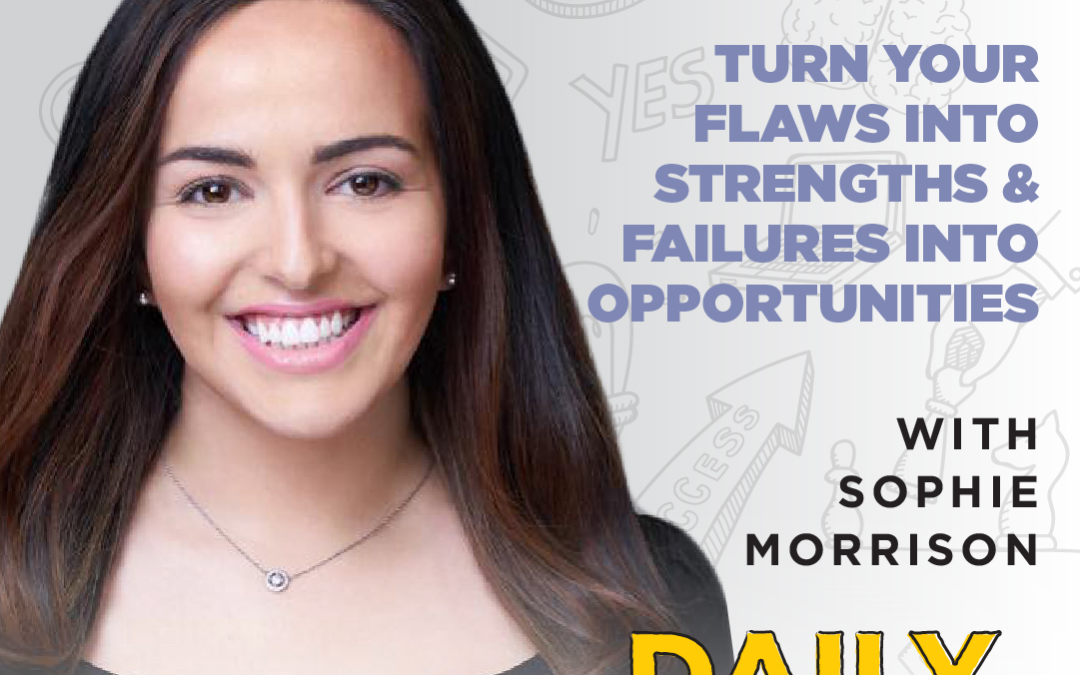 Today our expert guest is Sophie Morrison, the best-selling author of Brain Judo and host of the EPIC/FAIL Podcast. Her content focuses on how entrepreneurs can turn weaknesses into strengths and find opportunity in failure.

Sophie has always liked breaking rules. When she was 5 or 6, she saw a bunch of bottles of shampoo on a housekeeping cart. She thought, “well these are free, so I bet I could sell these.” She went through her dad’s rolodex, calling everyone in his company, and asking them “Do you want to buy shampoo for $5?”

This was just one creative entrepreneurial scheme where she didn’t quite realize what was inappropriate about them. In high school, she lived a double life. She was a really good kid, she had high grades and AP classes, but at night she would sneak out of the house, mostly just for the rush of it. When she graduated from high school, she found an opportunity at a journalism school where she started associating with kids who were doing drugs, and those drugs started to give her the thrill she used to get from sneaking out.

She was arrested for a felony shortly after starting school there. Everyone was telling her, “You’re going to go to jail for 7 years,” and she believed her life was already over so she got into drugs even more and ended up over-dosing. In the ambulance, believing she was actually going to die, she couldn’t think of anything but how much she regretted that her parents wouldn’t know how much she didn’t want to live her life like this. She borrowed the love that everyone else had for her and used it to motivate herself to get her life together.

Going back to school after getting out of the hospital, Sophie started to completely re-evaluate her life. She had always believed there were only two paths: you are either going to college, get your MBA, and get a great career, or you are going to be a bum. But when she got a job at Cutco, being around a bunch of people who were all working hard, making really great choices, and she realized there’s a third path, which was actually an unlimited number of other opportunities.

As Sophie got to know these highly driven people, she started to notice four main traits in common with everyone there that led to both their troubled pasts and their current success:

As she researched these traits over the next few years, she found that each of these traits are neutral tools that can be a weakness or a unique superpower. She learned the ways you can leverage these behaviors as entrepreneurial strengths, and turn what were thought to be weaknesses of character into something that gives you a leg up.