Ep. 120: Overcoming Adversity When You’re the Underdog | with Scott Kujak 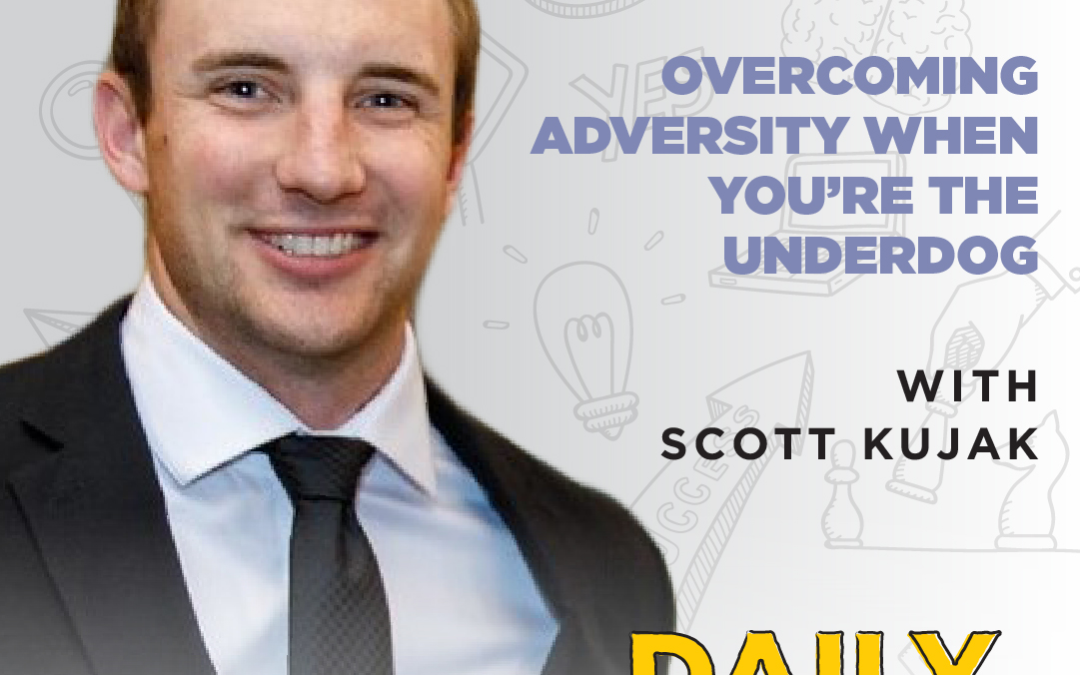 Today our expert guest is Scott Kujak, host of the Underdog Podcast and author of Underdog: True Stories of Overcoming Adversity. He speaks to organizations, corporations, churches, and at events, inspiring those who fight against adversity one punch at a time.

Scott began his podcast after witnessing his best friend battle stage 4 colon cancer, and now he interviews people who have overcome tremendous odds, from famous athletes to amputee war veterans.

When Scott’s friend Phil was diagnosed with cancer around the same time Scott had a relationship end abruptly, he witnessed the difference in the ways they handled adversity: Scott faced his with doubt, hopelessness, anger and depression, but Phil responded with positivity, optimism, and hope. This inspired Scott to respond to adversity even when life didn’t make sense.

Scott wanted to capture Phil’s story in depth in an interview and inspire others. After that, he decided to interview others who have overcome a spectrum of different circumstances so he could share that knowledge with others.

Phil sadly passed away in 2018, but Scott wanted to honor his legacy and his story. He was already halfway through writing his book based on his podcast, where Phil was the last story told, and he knew he had to kick into high gear to get it finished and honor his friend.

Over the course of his interviews, Scott pulled out a few common strategies people have used to overcome adversity:

Today, Scott has found several ways to make his own impact in the world. He’s taken up boxing, where he is the two time golden glove super-heavyweight champion of Austin, Texas, which helps him with stress relief and exercise, but also serves as a powerful metaphor for the fights others have to go through. He even incorporates this into his speaking engagements.

Scott is serving in mentorship programs locally, partnering up one on one with kids and offering support. He is also involved in Big Love Cancer Care, providing much-needed assistance, items, and support to cancer patients and their families.

“Above anything else, the most important thing in life to be successful is to love others with every single thing that you have in your body. It’s not enough to make a ton of money, it’s not enough to be there for a friend in times of need. You have to be there for everybody, whether they want it or not, whether they like you or not, you like them or not. If you show love to other people, that’s how the world changes.”