122: Overcoming Your Obstacles & Becoming Beyond Average | with Robert Owens 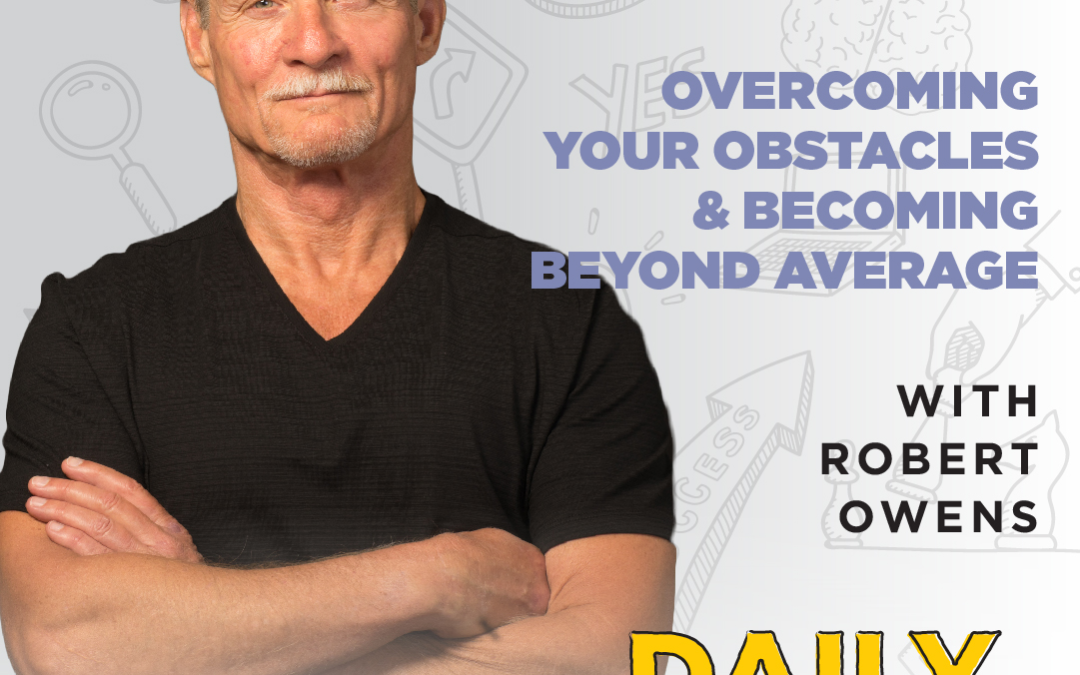 Today our expert guest is Robert Owens, radio and TV personality, mountain climber, keynote speaker, minister, philanthropist, triathlete, and father of five, to name a few of his exploits. He is also the fittest 66 year old in the world. For more than 25 years, Robert has been speaking before audiences as large as 50,000, from San Diego to Moscow, on motivational and leadership topics, with past clients including Navy Seals, the New York Jets, Baltimore Ravens, South-African Parliament, the Vietnamese Department of Foreign Affairs, and many others. He continues to routinely take on challenge and see others what can be achieved in their own lives.

Robert Owens was adopted as a kid. He had flat feet and knocked knees, and had to wear corrective shoes to counter it, but he couldn’t run and play with the other kids. He always wanted to fit into something, and eventually he started swimming on the water polo team in high school.

His head coach ended up being the US Olympic swim coach, so he was very strict with his swimmers. Robert always thought he was just an average swimmer– everyone else on his team had been swimming for longer, and they were all incredibly talented. But his coach told him that hard work can beat better talent, and he taught him to work in smarter ways to tackle things that should have been impossible.

This line of thinking eventually got him into the US Air Force as a Special Ops repair rescueman. After he left the military, he started smuggling literature in and out of the Soviet Union during the Cold War, all while going to school for a degree in theology.

Robert never wanted to be laughed at again, he didn’t want kids to pass him up on their team, and this drove him to be an overachiever. He wanted to do things that people said you couldn’t possibly do.

How can some people take action to live this kind of life? You have to be comfortable with being uncomfortable, because everything you’re dreaming of is on the other side of discomfort. You have to change the people you spend time with. Look at your five closest friends: They will give you a hint at where you’re headed. And you have to work with mentors, teachers, or coaches to bring out the potential inside of you. You cannot tap into it yourself.

One thing that holds people back in their journey is anxiety. Navy Seals deal with this regularly, and Robert has a couple of tactics that they use to get through their anxiety and keep acting:

In Robert’s new book, Beyond Average, he breaks down the craft and the skills that he developed to build a better life from an average childhood, to live beyond average. It’s about teaching people how to overcome, and encouraging them to let someone bring out of them what they would like to have brought out.

“They need to find people who will see them for who they really are and help them break out of the rut that they’re in. That their best days are ahead, but their decisions are determining their destiny. If you always do what you’ve always done, you’ll always get what you’ve always got. You’ve got to break out and ask for help, whether it’s eating, drinking, education, raising kids, you’ve got to find someone that can encourage you and help you go to the next level.”