125: Having a Happy, Healthy, Legendary Marriage | with Lance & Brandy Salazar 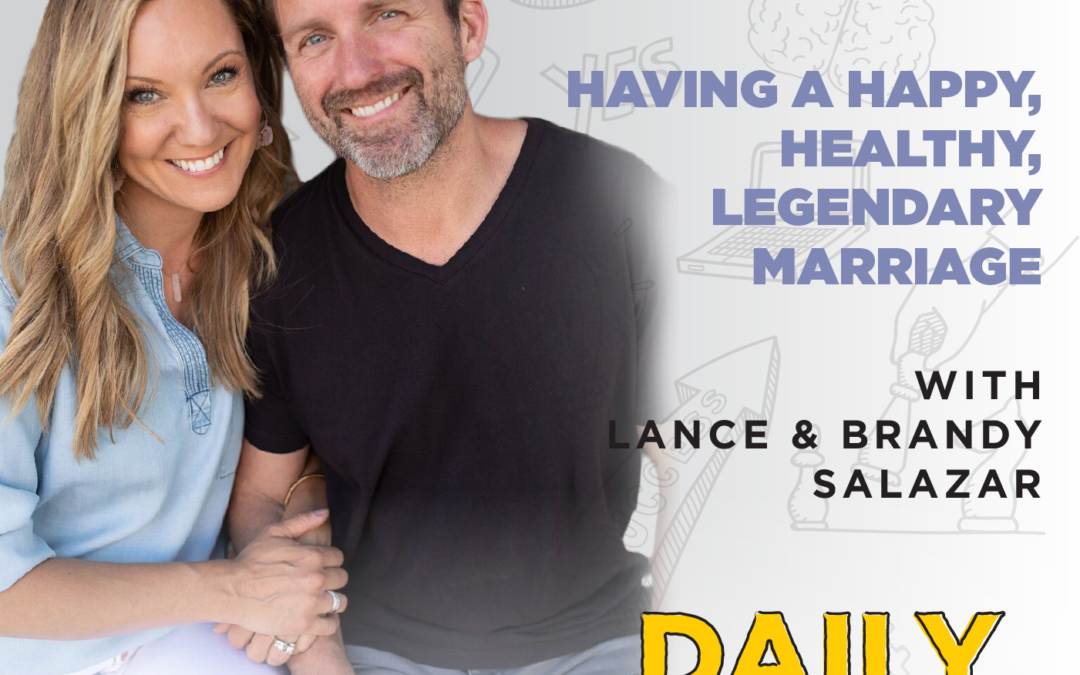 Today our expert guests are Lance & Brandy Salazar. They are on a mission to help people reconnect with each other and stay deeply in love, and they did this while raising their daughters.

They created Legendary Couples With Kids, because they know first-hand how challenging it is to keep your marriage a priority while juggling a career and being parents. They now know it is possible to be more in love than ever before.

Their story starts the same as many couples. Those first few years of marriage things are really care-free, you can do whatever you want, and then you have kids. For them, parenthood was a big slap in the face. Having kids caused them to deprioritize their marriage, and it threw a wedge between the two of them.

In 2014, they made the decision to call it quits. They realized that they would be better parents to their daughters by not being together. They wanted their kids to witness what a good marriage really could be, and that wasn’t what they had.

Rather than completely separating, they decided to take a time-out to focus on themselves individually. They took care of their kids, but they didn’t focus on the intimacy of their relationship.

It was during this time-out that they both discovered The Miracle Morning (for those interested, see episode 50 with Hal Elrod). As the began growing on their own again, they got to a place where they realize they both still really liked each other, and they wanted to focus on how they could make their relationship work again.

Eventually, people started to notice that their relationship was improving. The results were that dramatic! They started to ask them, “What did you do?” They started to break down all the things they did, and they realized things broke down pretty neatly into these four elements:

This journey inspired their book, The Miracle Morning for Couples. The Miracle Morning was really important to both of them, and they decided they wanted to spend more time with each other together. They found a way to incorporate the four elements into their everyday lives in a way that moves the needles forward

“What you give your time to matters.”