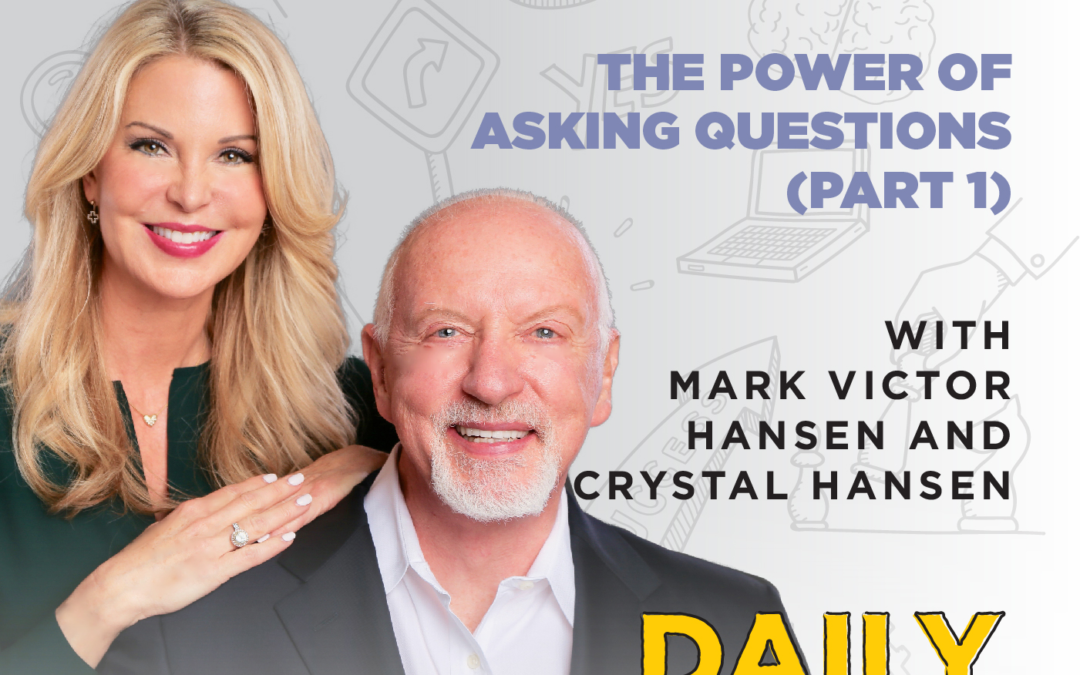 Today our expert guests are Mark and Crystal Hansen. Mark is probably best known as the co-author for the “Chicken Soup for the Soul” book series, which set world records for book sales with over 500 million copies sold. He’s a prolific writer with 307 books authored and co-authored, including “The Aladdin Factor,” “The Power of Focus,” “The Richest Kids in America,” “The Miracles in You,” “You Have a Book in You,” and “The One Minute Millionaire” series. Crystal is a business strategist, successful entrepreneur, speaker, and author in both the US and China. She’s known as *the* celebrity coach, a certified life coach, and wellness nutrition expert whose personal coaching, speaking, CDs, video programs, books, and articles have helped people all over the world. She’s also the author of “Skinny Life: The Secret to Physical, Emotional, and Spiritual Fitness.”

Mark got into the personal development field after the worst moment in his life — going bankrupt. He had found an audiotape that inspired him to become a speaker, and when he was looking around for someone to talk to, he found a real estate speaker who showed him how he could get into speaking. He was extremely successful, giving one thousand talks a year for the first three years, followed by publishing a book on how to win at public speaking. That’s what started it all.

Crystal found that high school was easy for her and she graduated early, marrying her boyfriend at the time, who was five years older than her. Five years later, she was in a city by herself with a baby on her hip, divorced, and no idea how to support herself. She applied for food stamps, but the day she went to pick them up, she told herself, “This won’t be my future.” She started asking herself questions that she didn’t know the answers to, but as she asked them, she started to see the answers come to her. After taking some temp jobs, she learned that she liked sales and she liked people, so she worked to put herself through real estate school. Then she met an old friend who had lost a lot of weight and quit smoking with the help of hypnosis. Crystal was so intrigued that she decided to go to school for natural therapies and became certified in life coaching and clinical hypnotherapy, too.

In their new book, “Ask,” Mark and Crystal explore the thing that helped both of them come back from rock bottom — the power of asking questions.

Questions like: How do I start making money today? What am I best at? What is my potential? Where do I want to go with my life? When asking these questions, there are three channels through which you need to ask: Ask yourself, ask others, and ask God. All three are equally important.

The power of asking questions has no end to what it can achieve. In Part 2 of this interview, we will explore how to ask the right questions and what they can do for you.