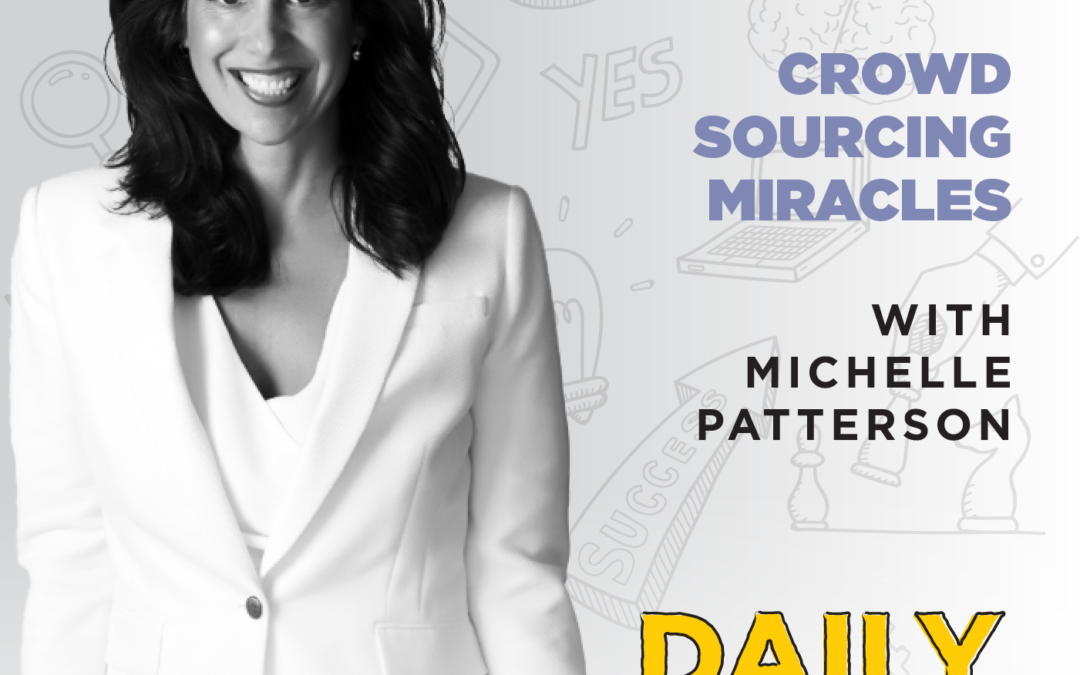 Today our expert guest is Michelle Patterson, the founder of the Global Women Foundation, one of the world’s leading foundations for gender equality and human rights. She’s the CEO of the California Women’s Conference, the nation’s largest and longest-running conference for women in North America. She has spearheaded numerous projects, including Groupon getaways with 200,000 attendees nationwide, and is a sought-after media commentator for the Huffington Post, CNBC, Fox Business News, and Bloomberg as well as hundreds of TV and radio stations. She was also awarded the Lifetime Achievement Award by President Barack Obama.

In April of 2019, Michelle was diagnosed with Stage 4 breast cancer and given 90 days to live. When the surgeon was telling her all of the places the cancer had spread to, Michelle did what she always did in stressful situations—she made a joke: “So you think I’ve got a chance?” Her sister scolded her and said this isn’t the best time to be making jokes, but Michelle disagreed. That was the best time to be making jokes, and she realized at that moment the power of deciding what is best for you.

Michelle was told that she wasn’t a candidate for surgery, but instead of moping, she created a healthy option for herself—a playground that she could play on. There are several stories of the healing power of positivity, and Michelle knew that, by believing she would be okay, she could overcome this. That doesn’t mean she sat around doing nothing but believing, though: She knew there were better treatment options than the ones being provided to her, and she started taking a cannabis protocol that started producing results.

She built up a group of doctors that shared what they knew, created video testimonials, and started what she calls the Wellness Team Family. Along with those doctors, they began to explore the healing modalities that are available to all of us and seeing what is working for real people across the world. They began to collect all of this information, not to sell anything but to share what was actually working for real people. As she puts it, “We are crowd sourcing miracles.”

This grew into The Real Share, where Michelle has created a global tribe that shares in the benefits of the geniuses of the world as they share everything they know. In her quest to survive breast cancer, Michelle learned what it means to thrive in life—and now she is sharing that with the world.

“Check out The Real Share. We’re celebrating having an all-access pass to The Real Share. If you want to have the assessment and can’t afford it, I want to crowdsource that miracle to have you not only afford the assessment but have access to the Made With Love directory as well as all the different resources we have available for The Real Share. It’s available out there for you, whether you are having issues with your wellness or creating wealth. Find out what it is that you need and go for it. Don’t settle for anything less than 100% joy in your life.”