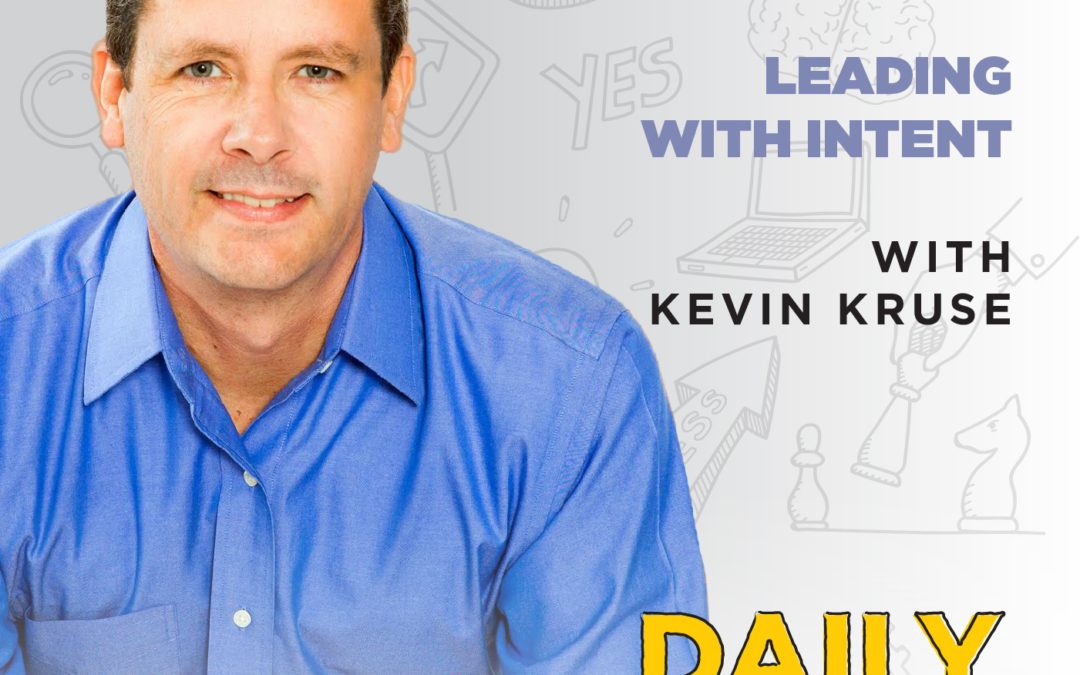 Today our expert guest is Kevin Kruse, the founder and CEO of LEADx, whose mission is to spark the next 100 million leaders through the use of AI-powered leadership coaching. He’s also the host of the LEADx Leadership Podcast, a Forbes columnist, and New York Times best-selling author of nine books, including “15 Secrets Successful People Know About Time Management” and his latest, “Great Leaders Have No Rules.”

When he was a teenager, Kevin saw his father try to be an entrepreneur and almost lose everything, but rather than scaring him away from that path, it solidified his desire to have a hand in his own future.

Kevin’s latest book “Great Leaders Have No Rules” is, contrary to the title, not about breaking the rules or being a rebel—it’s about the problems with rules in general. Every time we bump into a rule, it takes away an opportunity to make a choice. And every time we have a choice taken away from us, we feel less engaged, less a part of the company we work for. Instead of forcing rules onto people, we can get them to buy into the shared values of the company and feel like they are contributing to the team.

He started several companies from the age of 22 on, and his first few companies crashed and burned. He didn’t understand how to manage his time. He didn’t understand leadership. Eventually, he realized that, if you want to do great things, you need a talented team of people and you need to lead them effectively. The less time he spent working on the company and the more he spent on leadership and culture, the better his companies did.

After seeing a huge advance in artificial intelligence, and noticing that it was now being used for cognitive behavioral therapy, Kevin asked himself: why couldn’t it be used to coach people for leadership? That’s the premise behind his new company, LEADx. You can download the app directly from Google or Apple right now. The goal is not to mimic a coaching conversation, but imitating the process. In behavior change studies, there have been increases in employee engagement and productivity while also seeing reductions of stress. It’s very early, but the progress is encouraging.

If you can afford a human coach, you can and should still get a human coach. But for a fraction of the price, you can get a coach-like experience that will give you progress in the areas that you want to focus on. Coaching should be accessible to everyone, and LEADx is aiming to lead the charge in creating that future.