Ep. 176: How Good Guys Can Be Better Allies to Women | with Brad Johnson & David Smith 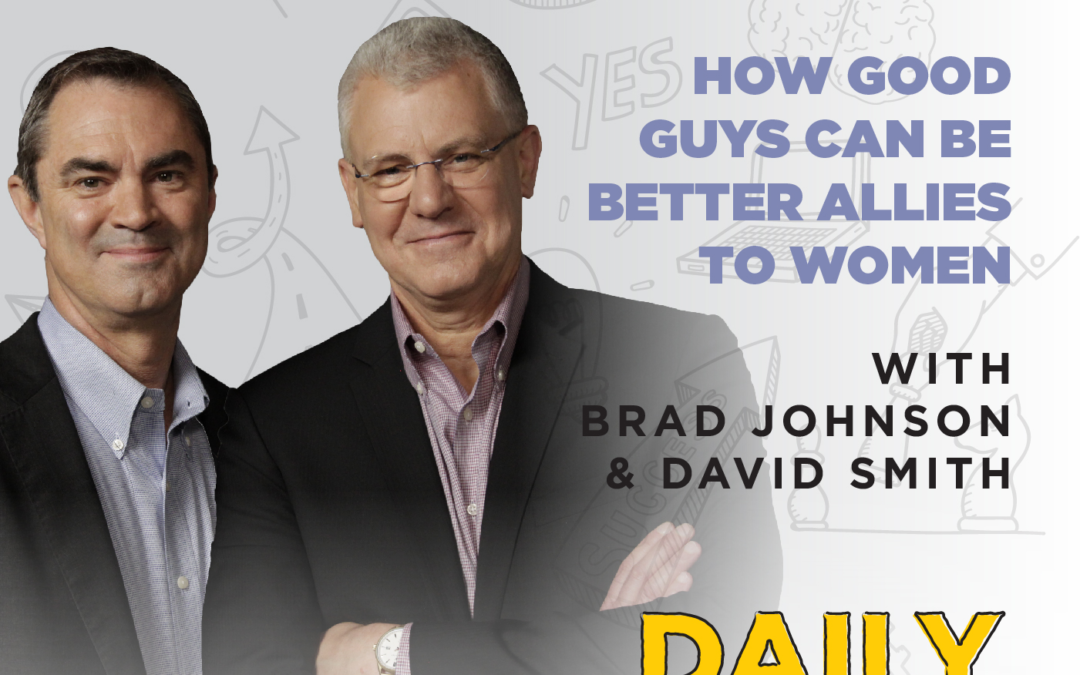 Today our expert guests are Brad Johnson and David Smith, co-authors of the forthcoming book “Good Guys: How Men Can Be Better Allies For Women In The Workplace.”

David Smith, PhD, is an Associate Professor of Sociology in the National Security Affairs Department at the United States Naval War College. A former Navy pilot, Dr. Smith led diverse organizations of women and men culminating in command of a squadron in combat and flew more than 3,000 hours over 30 years, including combat missions in Iraq and Afghanistan. As a sociologist trained in military sociology and social psychology, he focuses his research in gender, work, and family issues including bias in performance evaluations, retention of women, dual career families, military families, and women in the military.

Through Brad’s career researching mentorship, he noticed that women get less mentoring, lower quality mentoring, and less sponsorship. He was always interested in why men were reluctant to mentor women. Dave was also focused on women in the workplace and the dynamic presented there. Together, they collaborated on figuring out how to get men to come to the table as better mentors for women, what men need to know, and what women would like them to know. That led to their first book, “Athena Rising.” But they kept getting pulled into discussions around allyship and how men aren’t playing a role in resolving gender inequities, which led to their new project.

There are two major parts to allyship, both in how women and men who experienced it describe it. The first is the interpersonal relationships and how we show up every day, either as formal mentors or professional relationships or as friends and peers. The second part is the systemic part, which is holding others and the organizations you are a part of accountable. If we see bias, we have to be willing to call it out and work to find a solution.

When talking to men who were identified as good allies to women in the workplace, Brad and David identified three key aspects:

So how do we make changes and improvements in this regard? One thing you can do is get comfortable with talking to and mentoring women. We also need to be thinking about policies that are good for everyone, including women, that will benefit the entire workplace. “Good Guys” offers several ways we can all start being better allies.

“Don’t try to solve women’s problems. Just listen. Find out about their experiences, what they want. Just listen.

Allyship is a journey, and we’re all in different places on that journey. We don’t have all the answers and we have to learn along the way. We have to get comfortable with being uncomfortable so we can make the change to the status quo.”