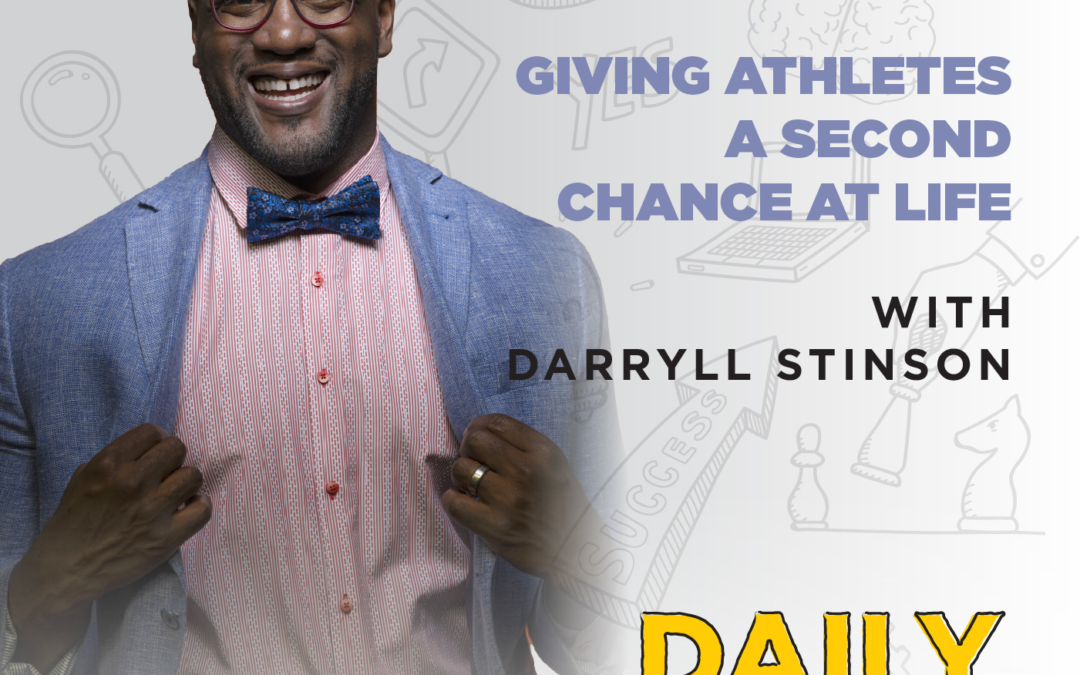 Today our expert guest is Darryll Stinson, a thought leader on athletic transition, a dynamic TEDx speaker, pastor, and certified John Maxwell coach. He shares his life experience with addition, mental illness, and suicide and how those experiences impacted his life.

Darryll played defensive end at Central Michigan University from 2008-2011, where he helped his team win a MAC championship. He later went on to found Second Change Athletes, a holistic athletic transition company that gives athletes a second chance to succeed at life without the demands of sports.

While at Central as a freshman, Darryll was trying to impress the upperclassmen by squatting—which he was not supposed to be doing due to a back issue—and he felt a sharp pain go through his body. He knew that something was wrong. He kept up the tough guy act and didn’t find out for three months that he had pinched a nerve in his back, which resulted in emergency surgery.

After the surgery, he had the opportunity to focus on his education while still honoring his scholarship. Instead, because football was his whole life, he signed a liability waiver and joined up with the team again, and he put his body through two years of drug addiction and health care manipulation in order to numb himself enough to be able to play. The only way he could pay for all of this out of pocket was by selling drugs.

Senior year, the coaches noticed something was going on and they kicked him off the team. Darryll realized he wasn’t prepared for life after sports. The moment he was not a part of that team, his phone stopped ringing. It felt as if he didn’t matter at all. On top of that, his girlfriend of four years left him. This led to suicidal thoughts and an attempted overdose. It is only through the love of his family that he is still here today, and now he’s passing that support on to others who need a reminder about their self-worth.

From this experience, Darryll founded Second Chance Athletes. He went on a journey to discover meaning, and, through a lot of work, he came to a point where he realized that he loved his life, and he wouldn’t trade it for a multi-million dollar athletic contract because it was what he was supposed to be doing. When he looked around at his former athlete friends, he realized they still talked about the sport as if they were still playing it. Their lives were in the past. He analyzed how he got to the life that he loves and how he can apply that to others, and he came up with a five-step roadmap, the Athlete Transition Roadmap:

In his new book, “Who Am I After Sports?,” Darryll pours everything he has learned about developing a life you love and moving forward. It’s full of stories and best practices for identity sculpting and transformation.