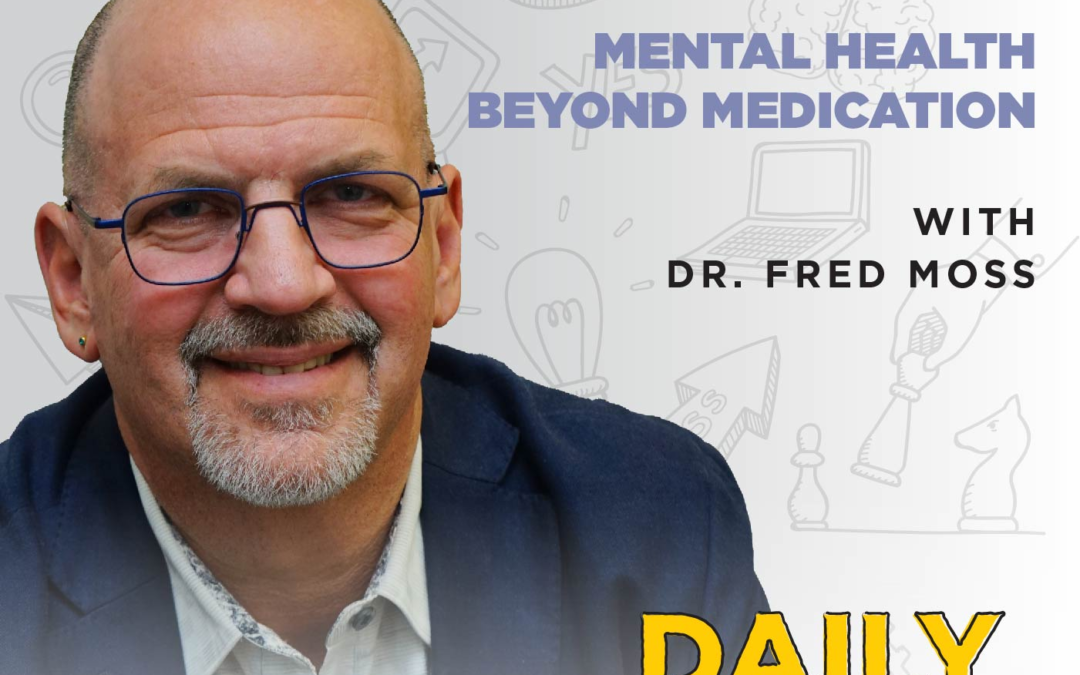 Today our expert guest is Dr. Fred Moss, a licensed psychiatrist known the world over who has served the medical health industry for nearly four decades. During that time, he has consulted patients, practitioners, medical facilities, non-profits, and community groups. He calls himself “a glorified childworker who picked up an MD along the way.”

Fred dropped out of college multiple times before deciding he wasn’t going to go, so he got a job as a civil servant in Michigan. Before too long, he was working as a childcare worker. He looked at the ways that doctors were treating children and he realized he didn’t like it. When the childcare workers called the doctors, oftentimes, the doctors would appear, do a cursory interview, and then medicate the kids. That was so impersonal and left the kids feeling dazed. He realized the only way to make a difference was to become a doctor who cared.

In 1987, biological psychiatry began to start up, and around that time, Prozac was introduced into the market; psychiatry began to shift from a field of listening to a field of diagnosing and medicating. Fred knew that this couldn’t be the best things could be. He began to start giving his patients a trial off of the medicine, and what he found was that many of his patients got better. He kept doing it, and he quickly became a non-diagnosing, non-medicating psychiatrist.

What we’re seeing now is an industry of psychiatrists treating people before they’ve been fully diagnosed, and then choosing to give a diagnosis based on the way they respond to the medication. It’s a self-perpetuating cycle. So how do we make a dent and leave people empowered in who they are increase their capacity to function optimally in the world? We give people the benefit of the doubt and get them to understand that there is nothing inherently wrong with them. It’s amazing the level of healing that can arise from just that reframe.

Dr. Fred Moss created a platform called Welcome to Humanity to help people walk themselves off of their medication and their diagnosis and get their life back.