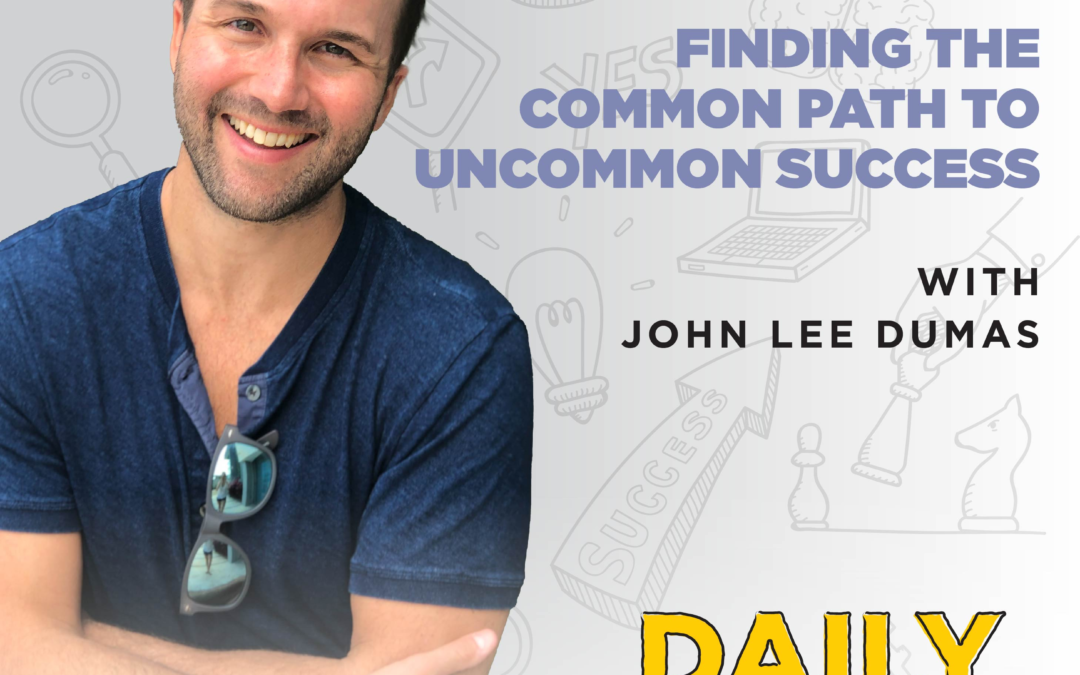 In his first traditionally-published book, “The Common Path to Uncommon Success,” John offers a roadmap to financial freedom and fulfillment that anyone can follow.

In 2012, John Lee Dumas didn’t know anything about entrepreneurship or business. That’s why his first step was to interview people every single day: He wanted to learn more about what made people successful entrepreneurs. He interviewed over 3000 successful entrepreneurs — including Tony Robbins, Gary Vaynerchuk, Barbara Corcoran, Tim Ferriss, and many other amazing luminaries — and he’s learned from every single one of them. That enabled him to rapidly build a multi-million dollar business for eight years in a row, finding his own place among the group he used to covet.

He realized that most people are being lied to, every single day, about success. They’re told that the path to success is hidden, tricky, secret. It’s not. There is a common, simple path to success — hard work — and it is a path that anyone can follow. And while it’s not a secret, you do need to know where to look, and that’s why John broke the path down into 17 steps, and he had to share it with the world.

Like every journey, you have to start at step one. The first step is your big idea, the one that you are meant to create, the one that gets you excited and fired up. Because if you don’t have an idea worth pursuing, one that’s worth putting yourself through a lot of hardship, you’ll never make it to the finish line.

Step 17 is what John calls “keep the money you make.” It is not hard to make money in this world, especially if you follow all of the previous steps. What’s tough is keeping it, instead of losing it all to poor decisions and bad investments. You need to be able to keep what you make so that you can truly experience financial freedom.

Uncommon success is not necessarily about being a millionaire. It’s about being able to do what you love, being financially independent, and loving your life. Financial freedom and fulfillment is the promise JLD offers in “The Common Path to Uncommon Success,” and it’s a big one, but he delivers.

“Back in 2012, I was 32 years old, I was going nowhere, I had a bad track record of past career failures, and this quote reached out and virtually slapped me in the face: “Try not to become a person of success, but rather a person of value.” And it was so clear to me that I was trying to be a person of success all of those past years and I wasn’t finding any success. And when I asked myself “What are you doing of value in this world?” and the answer was “Nothing,” and I decided to change that. And I changed that by releasing a daily podcast, interviewing entrepreneurs for free for 2000 days in a row, and that’s why I won. Because I became a person of value. So will you look in the mirror now and ask yourself, “How am I becoming a person of value”? And if you cannot answer that question to the best of your ability that excites you, then you need to figure out how to do just that.”