Ep. 199: How to Think Like Leonardo da Vinci | with Michael J. Gelb 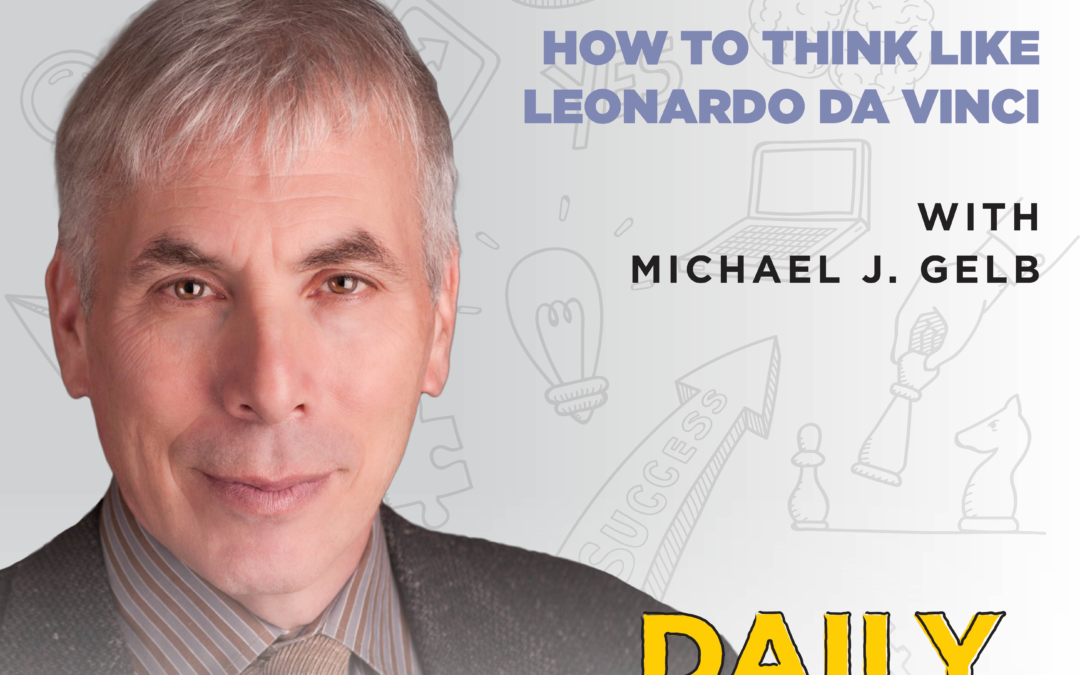 Today our expert guest is Michael J. Gelb, the world’s leading authority on applying genius thinking to personal and organizational development. Michael is a pioneer in the fields of creative thinking, leadership, innovation, and executive coaching. He’s a senior fellow at the Center for Humanistic Management and a member of the Advisory Board for Leading People and Organizations at the Fordham University Gabelli School of Business. He was honored as “Brain of the Year” (1999) by the Brain Trust Charity, including other recipients such as Steven Hawking, Garry Kasparov, and Edward De Bono. His 17 books have been translated into 25 languages and have sold over one million copies.

When he read Viktor Frankl’s “Man’s Search for Meaning” at 14 years old, Michael became inspired to find purpose in helping others find meaning in their lives. There was a lot of division and racial tension, and Michael was looking for solutions — both for the world and himself. Being a consultant for businesses was the farthest thing from his mind at first, but as he studied, it slowly dawned on him that business was the most powerful force in the world. And by focusing on that, he could make the most significant impact possible.

Michael felt his life intersect with Leonardo da Vinci in several ways. Earlier in his life, his grandmother, a painter herself, introduce him to da Vinci. Later, he and a colleague would talk about him at length. More and more, he began telling stories about da Vinci. After being invited to speak in Florence, he pitched the idea of speaking about how to think like Leonardo da Vinci. That gave him six months to figure it out before he had to speak!

You can do this process with any figure you admire, whether that’s a historical figure or someone you know. One of the most effective ways to develop yourself is to study others. If you want to follow the same steps Michael did to think like da Vinci, you have to ask the magic question: What are they trying to teach us?

In the case of Leonardo da Vinci, when Michael read his work with that question in mind, he came up with:

“There is a source of creativity, a source of genius. It is the source of our awareness. If everyone just, at this moment, contemplates their response to the simple question, ‘Are you aware?’ Obviously, immediately, you say, ‘Yeah, oh course.’ And I say, ‘How do you know?’ Where do you go to look to notice that you are aware? There’s no place you go. You just are. And learning to access that source of awareness, which is always present — so when we talk about connecting with genius, it sounds like something you have to go through years of training and do all this — no, it’s present right now. It’s there for everybody. And then yes, there are ways to make ourselves more attuned to it, like the hundred questions, like the Qigong exercises I teach, like everything that’s in all the books. But the main point is it’s not something you don’t have that you have to get. It’s something you already have, and you just need to wake up to it.”