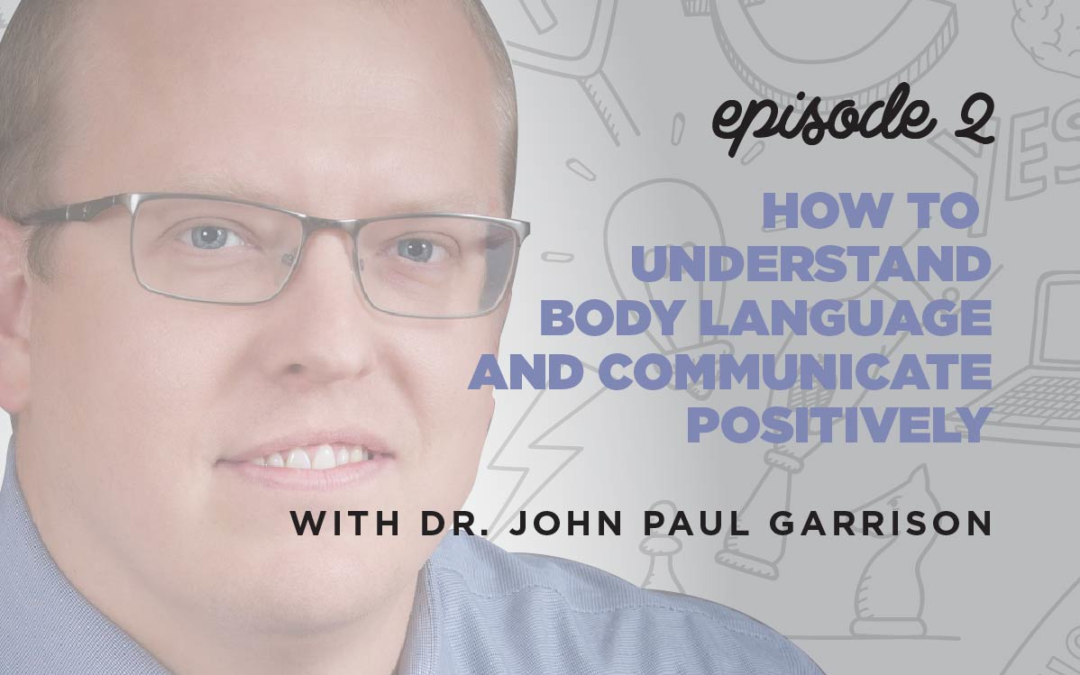 Today our expert guest is Dr. John Paul Garrison. He is a licensed psychologist, published author, and an expert in nonverbal communication and detecting deception. He received specialized training from the Paul Ekman Group and achieved expert-level status in micro expressions, subtle face expression, and law enforcement.

John developed the ARC Analysis system, a methodology originally used to teach law enforcement to identify and react to nonverbal behaviors they observe in potential suspects. He’s since adapted the system to help business leaders increase their interpersonal intuition, and he shares how anyone can benefit from a better understanding of nonverbal communication.

Nonverbal communication is what the brain recognizes unconsciously; it’s what an individual’s body movements suggest. These involuntary movements are a manifestation of your emotions, which are controlled by the limbic system of your brain. For example…

John teaches people to recognize and understand these unconscious behaviors so that they can better communicate, without speaking. This is where the ARC Analysis system comes into play.

If you aren’t in law enforcement, counter terrorism, or a Fortune 500 company, understanding nonverbal communication can still be incredibly useful! When you understand how your own unconscious behaviors are related to your limbic system, and your feelings, you can start to control the nonverbal messages you send and the way you are perceived.

John is currently adapting the ARC Analysis system for couples, who have some of the most exaggerated and strongest nonverbal language. Understanding each other, nonverbally, can make a world of difference.

“We are always communicating with each other. Always.”

You really need to learn what your body is saying to other people, and what people are silently saying to you. When you can do that, you can adapt your behaviors and make other people feel better.