Ep. 31: Redefining Impossible: Climbing the 7 summits, trekking to the South & North Poles, and completing the Hawaii Ironman (with one lung) | with Sean Swarner 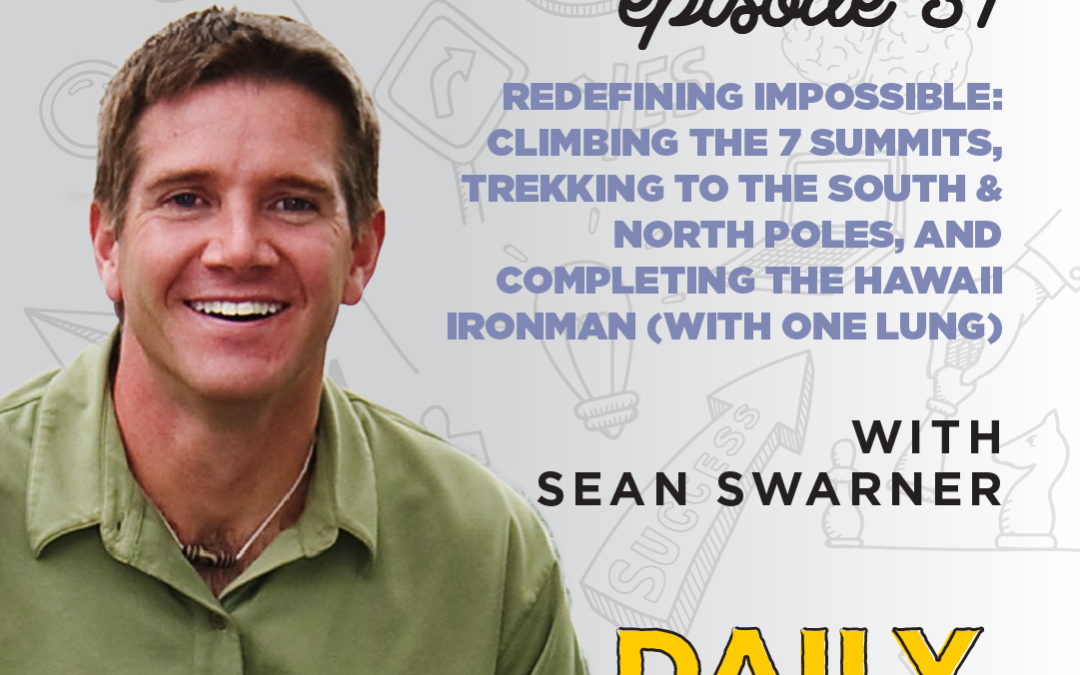 Today our expert guest is Sean Swarner, an inspirational speaker, author, and adventurer – and the only person who has been diagnosed with both Hodgkin’s Lymphoma and Askin Sarcoma.

Sean’s life really began when he was 13-years-old and received his first cancer diagnosis: advanced fourth stage Hodgkin’s Lymphoma and only three months to live. Then, when Sean was 16, he was diagnosed with Askin Sarcoma, and told he only had 14 days to live.

However, as you can probably tell, Sean is still alive many years later (although he’s down one lung and doesn’t remember much of being 16).

With support and the right mindset, Sean has managed to make a habit out of redefining possibility; he climbed the highest mountain on every continent, trekked to the South and North Poles, and completed the Hawaii Ironman – all with one lung.

The 7 Summits of Success

“When somebody tells me I can’t do something, it’s almost like adding fuel to the fire.” –Sean Swarner

Sean is sharing his journey to accomplish what was once considered impossible in a seven-part eBook series called The 7 Summits of Success.

In book one, EVEREST: Being Unstoppable, Sean shares the proven tips and tools he used to go from the hospital bed to the top of the world – Mt. Everest. You can download EVEREST for FREE by going to seanswarner.com/books-products.

Sean founded the CancerClimber Association in 2001, and they’ve been offering hope through inspiration ever since. Their mission is helping those touched by cancer by focusing on living an active, healthy lifestyle.

Every year, Sean brings a cancer survivor to Africa to climb Mt. Kilimanjaro (another one of the seven summits, and he hopes to build an Adventure Mobile Camp that he can tour to children’s hospitals around the world.

“We’re human beings, not human doings. Be someone who helps someone else, and be yourself.”