Ep. 32: Mastering the Art of Just in Time Learning | with Kylon Gienger 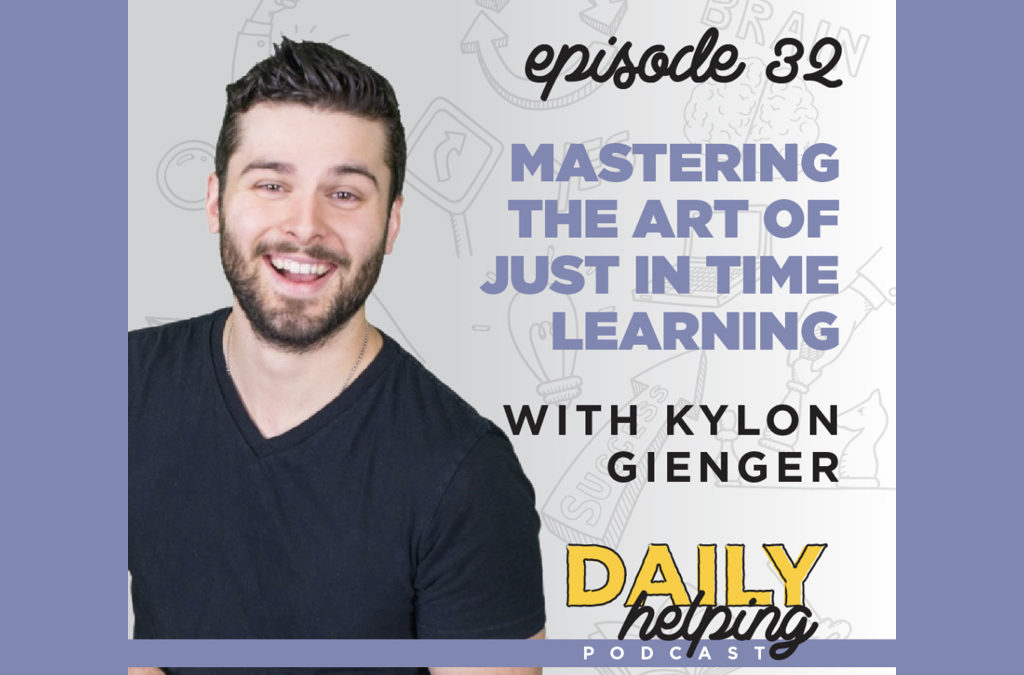 Today our expert guest is Kylon Gienger, an educational and social thought leader, serial entrepreneur, and the host of The Successful Dropout Podcast.

Kylon grew up in a mountain cabin, homeschooled with his siblings. He had a lot of curiosity, and the freedom to pursue it. Then, after graduating, he felt the pressure to go to college – it just felt like what people do.

A few months into his Freshman year, in the middle of a marketing class, Kylon decided to drop out.

Over the next few years, Kylon worked as a youth pastor, construction worker, Navy serviceman, and musician, and started three different businesses.

Kylon is still working on a wide variety of projects, including The Successful Dropout, because he truly values freedom with his time and lifestyle – he is a self-described 100% autonomous human being.

There’s a concept that Kylon discusses a lot on his show, and he believes it is the one common factor between all of his successful guests: they have mastered the art of “just in time” learning.

Formal schooling, for the most part, is “just in case” learning. You get a well-rounded education that theoretically prepares you for anything, but many people end up graduating prepared for nothing.

“One of the biggest mistakes that you can make is just to accept the norms of your time, whatever that looks like, and not accepting the norm is the secret to really big success and changing the world.”