Ep. 44: Do the Right Thing: What One Survivor Learned from The Miracle on the Hudson | with Dave Sanderson 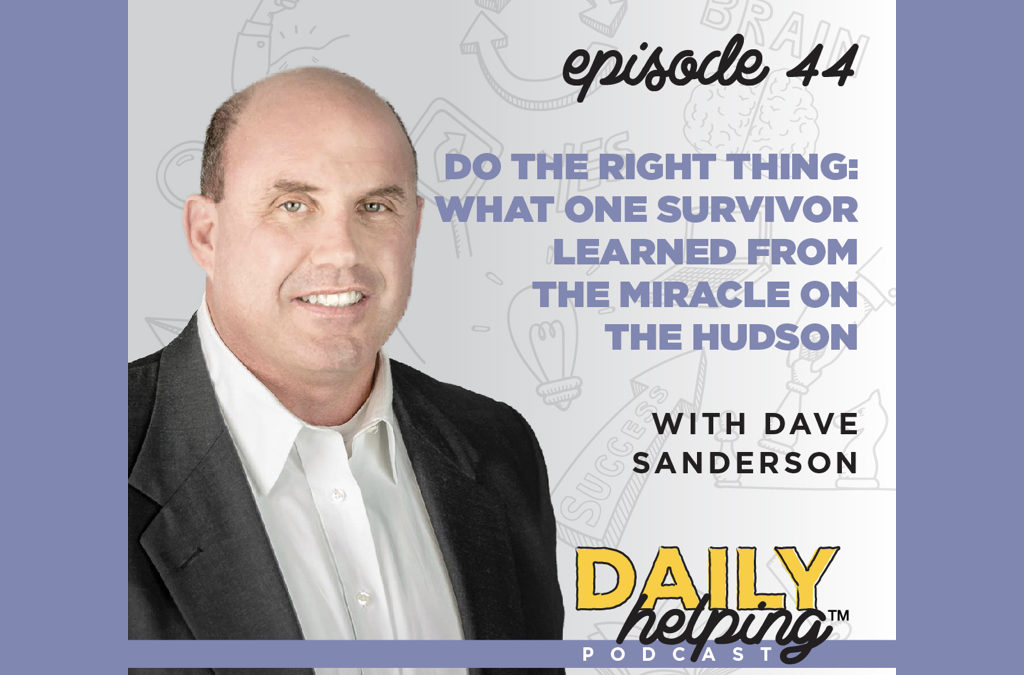 Today our expert guest is Dave Sanderson, the last passenger to leave US Airways Flight 1549 after it crashed into the Hudson River on January 15, 2009 – an event that became known as “The Miracle on the Hudson.”

Dave wasn’t even supposed to be on US Airways Flight 1549. He was scheduled to come back at a 5 PM flight on the 15th, but his business trip ended early so he traded a first class seat for a spot in the back of an earlier flight. “I took an earlier flight just to get home early and be with my family.”

He boarded the plane, walked to the back, and fell into his routine. Then, about 60 seconds after taking off, Dave heard a pair of explosions – birds flew into two engines of the plane, simultaneously.

A few minutes later, after barely clearing the George Washington Bridge, the pilot came over the loudspeaker and said his famous words: “This is your captain. Brace for impact.”

As the plane filled with water, Dave knew he was exactly where he was supposed to be. Dave braved the frigid waters to help other passengers, all of whom made it off the plane, and he emerged from the wreckage with a mission: to encourage others to do the right thing.

Dave has been spreading his message and encouraging others through interviews, speaking engagements, and his book, Moments Matter: How One Defining Moment Can Create a Lifetime of Purpose.

Dave is also generous enough to offer Daily Helping listeners a sneak peak at his upcoming course, “Overcoming Adversity in Challenging Times.” Just Text “BRACE4IMPACT” to 797979 to access this gift.

“Everything happens for a reason and a purpose, and it serves me.”