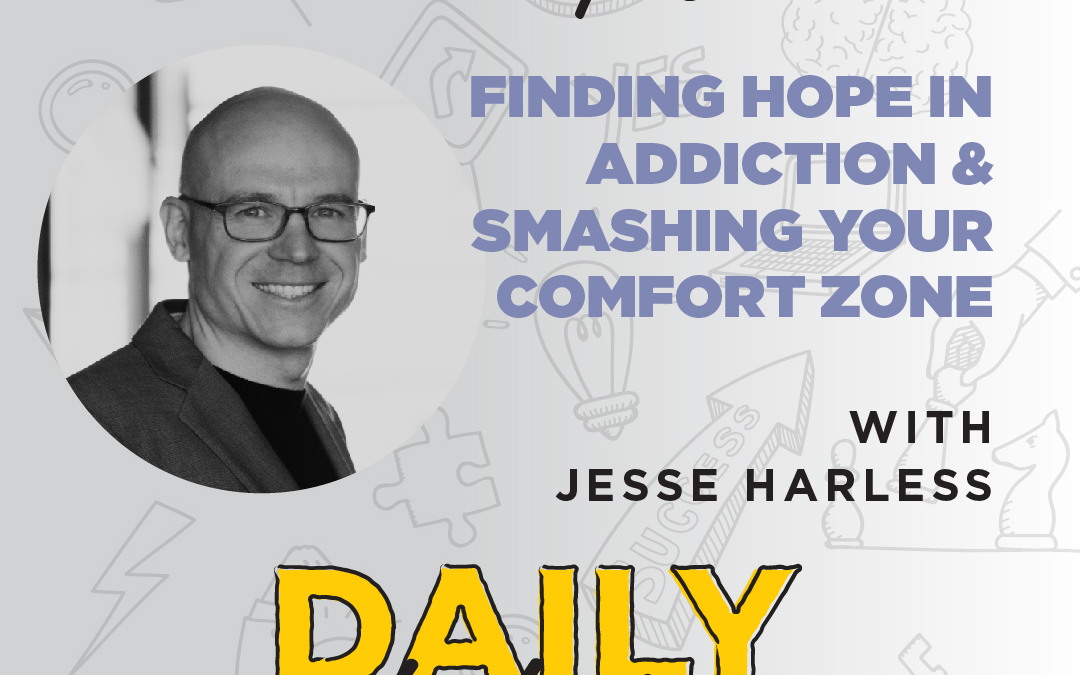 Today our expert guest is Jesse Harless, an inspirational entrepreneur in long-term recovery who is passionate about helping people overcome bad habits, go all in on their recovery, and live their best life. Jesse is also the Founder of Entrepreneurs in Recovery, a movement to empower people in recovery through facilitation, personal development, and entrepreneurship.

You may be thinking “this episode’s not for me” because you don’t have a substance abuse problem, but the reality is that addiction affects almost everybody, in one way or another.

Things like the opioid crisis in the U.S. is sparking a bigger conversation about the problem of addiction. But it doesn’t need to be as extreme as an opioid dependency – “I think in some ways, everyone has their own addictions and so just to learn more about it can be useful for everyone.”

Jesse’s personal journey with addiction began when he was very young. As an eight-year-old boy, he was still sucking his thumb to cope with emotional pain. Shame caused him to stop, but that didn’t ease the emotional pain.

As a pre-teen at the dawn of high-speed internet, Jesse dove head first into the world wide web. It started with hours of online games, eventually shifting to an obsession with pornography. That’s when Jesse really started to see the effects of addiction, even if he didn’t quite know that’s what it was yet.

In college, Jesse fell further into addiction as he discovered marijuana and alcohol. Eventually, this grew into cocaine and heroin. Then when his connection for hard drugs was arrested, he leaned on prescription pills and heavy alcohol use.

He told himself that the pills weren’t as bad, and this went on for months… until he was arrested. In court, he saw how his actions affected his family, and that’s when he had a critical realization:

“I thought that because I was a functioning alcoholic and someone in addiction that I wasn’t affecting anyone – but the reality is I was affecting everyone.”

Ultimately, this is when Jesse started recovery. And a few years later, he started combing personal development with recovery.

One of the first personal development strategies that Jesse implemented was the daily practice of taking cold showers and starting that challenge actually inspired his first book, Smash Your Comfort Zone with Cold Showers: How to Overcome Your Habits, Defeat Your Anxiety, and Boost Your Energy Using the Power of Cold Showers.

“Number one: write down your goals, make them specific, and I challenge you to put a date to when you’ll have that goal completed by. And look at it every day. Second, do something that scares you every single day. Do something every day that’s going to get yourself out of your comfort zone.”