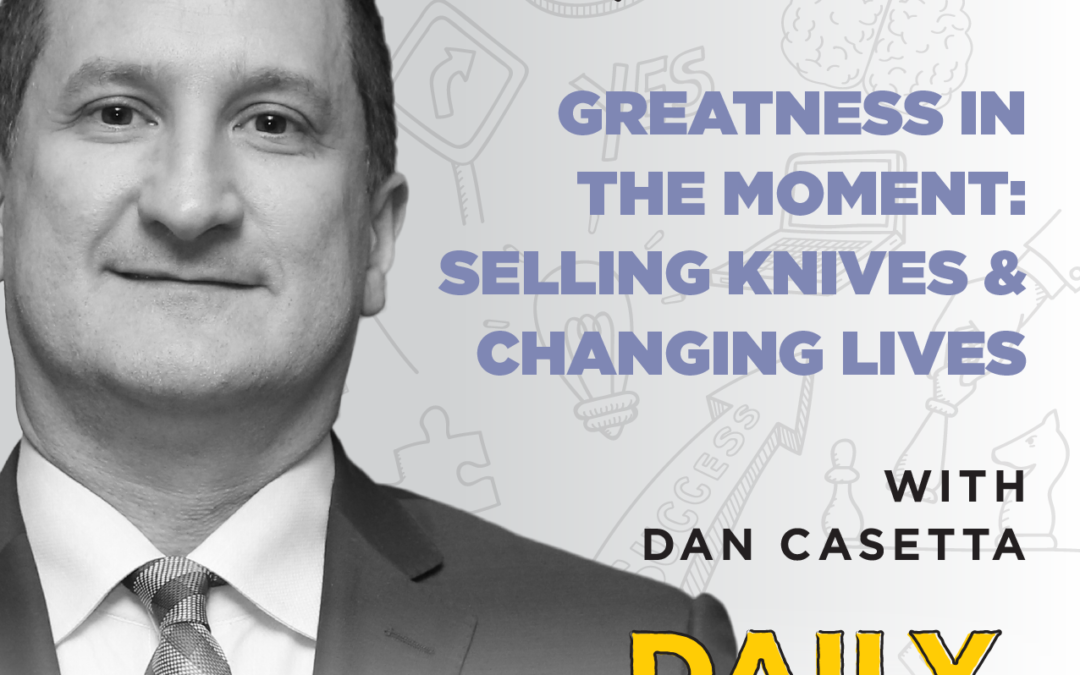 Today our expert guest is Dan Casetta, who helps build a dynamic culture of synergy and growth in sales teams, mastermind groups, and among his own family and friends. As a respected and trusted business leader, Dan has had a profound impact on thousands of people over the past 25 years.

During Dan’s career with Cutco, he became the most successful and influential field manager in the company’s nearly 70-year history. Not only that, his programs for leading and developing teams were integral in sparking the company’s rapid growth.

Plus, Dan is the mentor of two previous guests: Jon Berghoff and Hal Elrod.

Dan is a spectacular coach and mentor in large part because he has always loved sharing great ideas with other people. Even while at Cutco, his teachings didn’t have much to do with selling knives – it was all about being a better person, setting goals, having a better attitude, thinking more productively, creating influence, and then sustaining all of that.

Creating and sustaining long term influence is the key to finding success and creating an impact in many endeavors, especially in today’s increasingly entrepreneurial and online world. But how do we do that?

Dan (along with Jack Canfield) is also one of 24 authors who contributed a chapter to Success Starts Today.

As you might expect, this book covers a pretty wide variety of topics, but Dan’s chapter (titled “Selling Knives and Changing Lives”) is about creating culture in an organization – and not just in a work organization, but in a family or team as well.

“Most of the emotions and most of the states of mind that we experience in our life are based on choice… It’s so important that we recognize that we have a choice over our emotions and our states of mind at all moments, throughout every single day, and catch ourselves in the moments where we’re choosing a poor response and learn to choose a better, more constructive response – something that leads to the emotions we want, something that leads to the actions we want, and ultimately, helps us create the results that we want in our life.”