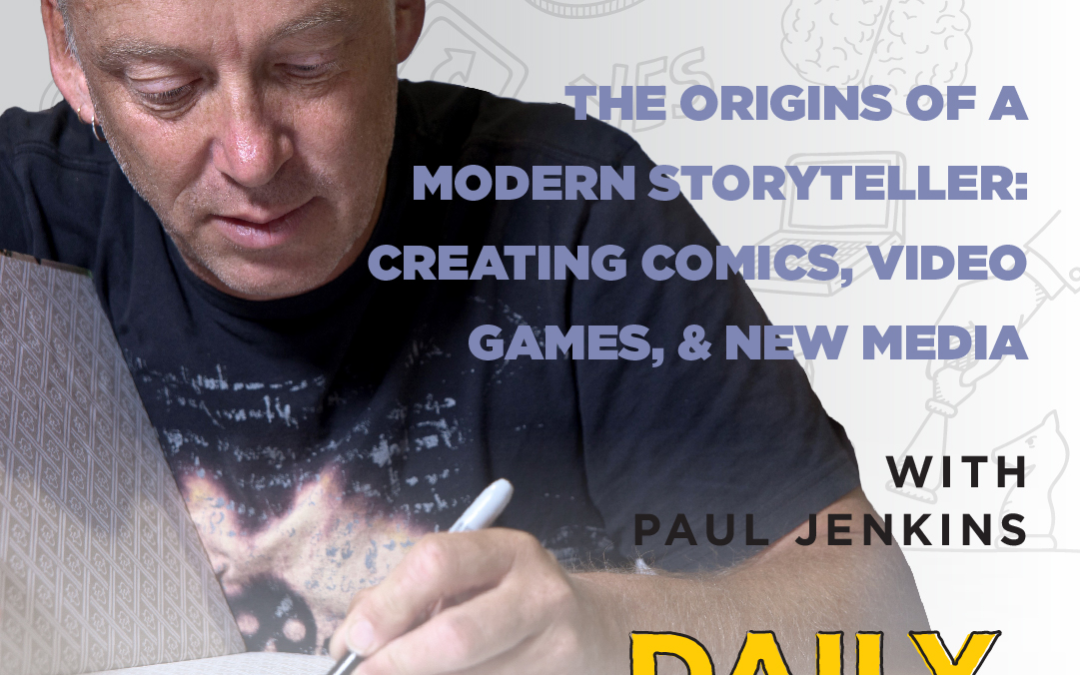 Today our expert guest is Paul Jenkins, a veteran of 25 years in the graphic novel, film and video game industries. Over the last two decades Paul has been instrumental in the creation and implementation of literally hundreds of world-renowned, recognizable entertainment icons. From his employment with the creators of the Teenage Mutant Ninja Turtles to his preeminent status as an IP creator, Paul has provided entertainment to the world through hundreds of print publications, films, video games, and new media.

Raised by a single mother in the West Country of the United Kingdom, Paul grew up in two worlds: going to school with the children of rich families and living on a farm in poverty. He was “a gypsy kid hidden in an affluent society,” and this paradigm has influenced a lot of his work, from the novel Curioddity to the first issue of Wolverine: Origin.

And while Paul enjoys writing all of the characters he’s been able to give life to, the one he identifies most with is your friendly neighborhood Spider-Man; a successful brand with a secret identity, but an identity that made him who he is.

When Paul was 22, he only had about 50 quid left to his name and he heard about an opportunity to come work in America for the summer – but he never did go back to the U.K. He started working with the creators of the Teenage Mutant Ninja Turtles, and he helped negotiate many of their early licensing deals.

Paul worked in production for a few years before he had a chat with comics luminary Alan Moore, which inspired him to start writing. Starting with a five year stint in Hellblazer, Paul went on to write comics like Inhumans (for which he earned an Eisner Award), The Incredible Hulk, The Sentry, Wolverine, and of course Spider-Man.

Today, Paul does a little bit of everything. He still works on comics and games, but he also works across multiple media and new media, presenting stories in both new and familiar ways.

Sometimes people will look at Paul and say he’s a guru, a storyteller, a writer… I could never be such a thing. And those people are wrong. “We are all storytellers. All of us are, and we all have the ability to do it. We think it’s the kind of thing that we cannot do sometimes. How could I possibly be a storyteller? But the truth is that storytelling is ingrained. It’s something that we do with our children. To a certain extent, telling a little white lie is storytelling… When you go to the end of your day and you fall asleep, you fall asleep to the story of the day.”

“There’s often a maxim that people talk about: that writers write. The concept being that if you’re a writer, just go out and do it. Go get writing and that will make you a writer, and I cry foul on that. I don’t believe it. I think writers finish things.

“If I could say anything to anyone, it would be that talent does not exist. It is simply potential. And if you add hard work to it, and a form of social maturity, that’s when you have talent.”